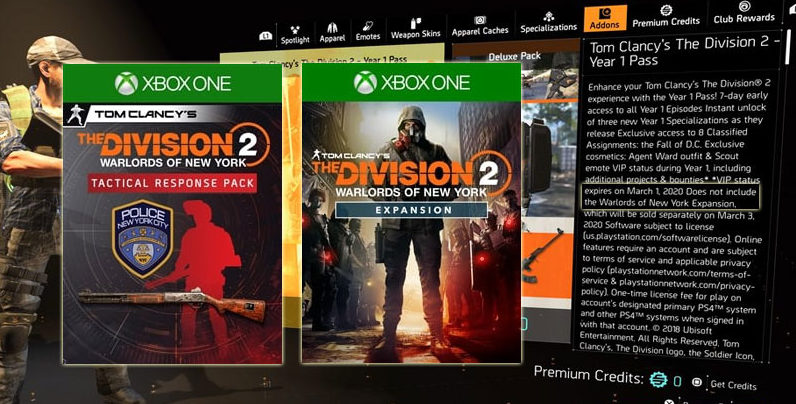 The official The Division 2 Twitter account tweeted “big news” to be announced today, but it seems that the contents of this announcement have already been leaked. As spotted by eagle-eyed Reddit users ‘HandsomeRalph’ and ‘gustavonerdz’, today’s announcement will be related to the first part of the Division 2’s second year DLC, which will be titled “Warlords of New York”.

A teaser trailer for the expansion was first placed online by Ubisoft Latin America, but, as you can see below, the name of this trailer has now been altered.

From the looks of it, the expansion will be revealed later today during a livestream at 20:00 CET, and based on some screenshots pulled from the Xbox/PS store, the “Warlords of New York” expansion is slated for a release next month on March 3. 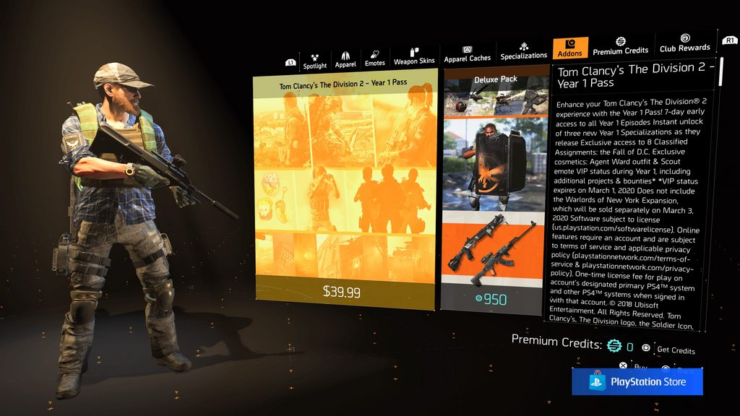 We’ve included some additional info about the rumored expansion down below:

New York is under threat. Aaron Keener, a former Division Agent turned rogue, has taken control of Lower Manhattan, backed by four devoted and highly skilled lieutenants. Trained by The Division but disavowing its ideals, they are now the highest authority in town and the most formidable force the Agents have ever faced.

Play in single-player or online co-op:

Ubisoft has yet to officially announce the upcoming expansion, but from the looks of it, players will be returning to New York starting next month.

The Division 2 is available now for PC, Xbox One and PlayStation 4.