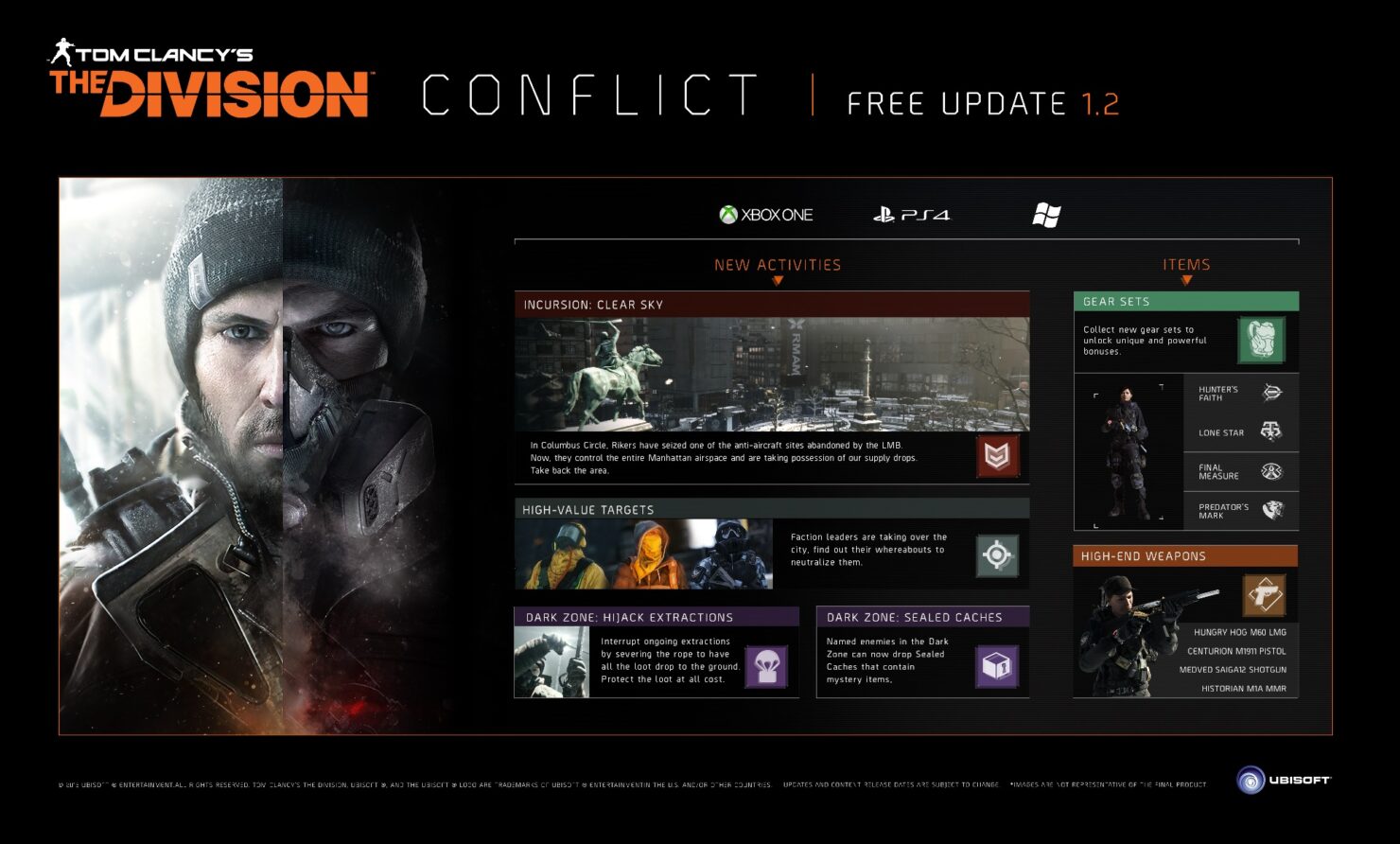 In just a few hours, Ubisoft Massive will talk more about next week's The Division 1.2 update and its content. Some new details, however, have still managed to emerge online a few hours ago, thanks to the latest The Division State of the Game stream.

During today's stream, it's been confirmed that The Division 1.2 update will add stashes to Dark Zone checkpoints, an addition that will make gathering loot more comfortable than ever. During the stream, it's been reiterated that scavenging will also be changed, but no details have been shared.

On a related note, it's quite likely that among the new weapons coming to The Division with next week's new update will be the AA-12 Shotgun. Reddit user forblings has spotted the weapon in the update's latest trailer, which has been shared a couple of days back. The addition of the new weapon hasn't been confirmed officially, but we will surely learn more about the matter in the next few hours thanks to another stream that will be completely focused on The Division 1.2 free update.

Yesterday, some additional details on the new rope-cutting mechanic have emerged online. According to Ubisoft Massive's Hamish Bode, cutting a rope will require 6 seconds, with a 19 second rogue status timer being given to players as soon as they start cutting the rope. Hamish Bode has also talked about a possible increase of the stash size, which the team is considering for the future.

The Division is now available in all regions on PC, PlayStation 4 and Xbox One. The 1.2 free update will be released next week, on May 24th, in all regions and on all formats.