Divinity Original Sin 2 is coming, and Larian Studios decided to use Kickstarter once again. The first game collected almost $1 million during its campaign and then proceeded to be hailed as a critical and commercial success upon release; the studio is also publishing an Enhanced Edition on PC, PlayStation 4 and Xbox One, which owners of Divinity Original SIn on PC will receive for free. 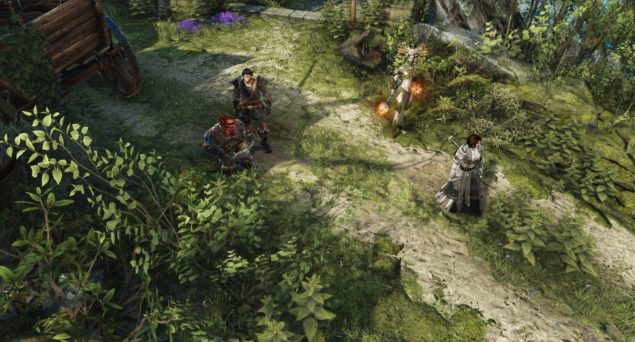 This time around, the minimum goal has been set at $500K, but after a couple of hours from the campaign launch the tally is already at more than 50% of the base goal. Without the shadow of a doubt, Divinity Original Sin 2 will smash that goal in the next 24 hours and then proceed onto stretch goals, which are currently still undisclosed.

The accompanying press release did reveal some features of the game, though:

An epic RPG with turn-based combat, Divinity: Original Sin 2 can be played as both a single-player and multiplayer game for up to four players with both cooperative and competitive questing.

Switch seamlessly between cooperative and competitive play throughout the entire story. Work together with your companions as one, persuade NPCs to thwart your opponents, and beware of backstabbing allies. Or, put your own goals above that of the party, and plan the moment you’ll betray them all. It’s up to you.

With Divinity: Original Sin 2, Larian Studios aims to change the way we think about narrative in RPGs, creating a world in which your history and actions shape the story, and NPCs react differently to each character.

In addition to a powerful system of classless character development, your origins and deeds will shape NPCs’ behaviors and attitudes. Your race, birthplace, and greatest feats all play a role in your journey, but watch out, as a reputation as a Traitor or Swindler can be hard to shake.

Backers will have the opportunity claim Kickstarter-only rewards including multiplayer packs, a unique Kickstarter Collector’s Edition, custom artwork, and even a surprise pack that includes handpicked trinkets, mementos and other little things that inspired the team as they were developing the game. To ensure all backers can give feedback to the team, every backer at the $25 tier and higher will receive Alpha and Beta access!

Divinity Original Sin 2 will surely release on PC, but with the Enhanced Edition coming to consoles shortly, it's fair to assume that this sequel may follow the same route.

Larian Studios will be at PAX Prime's Booth #6011; if you attend the convention, you may try the new PvP features of Divinity Original SIn 2. Regardless, enjoy these first screenshots!