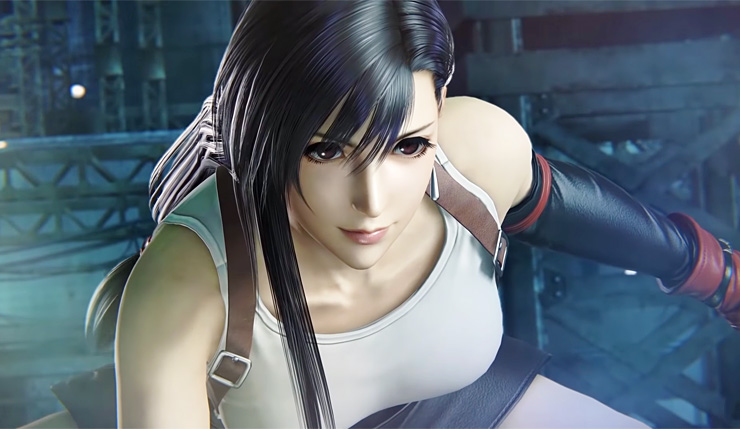 Since releasing Dissidia Final Fantasy NT on PS4 last year, Square Enix and developer Team Ninja have continued to support the game with a steady flow of new characters, but the latest addition to the brawler will likely generate a little more excitement than the rest – yes, Final Fantasy VII’s Tifa Lockhart is joining the fight next week. Two other Final Fantasy VII characters, Cloud and Sephiroth, are already in the game. You can check out a Tifa trailer, below.

Tifa has been in the news recently for, uh, extremely Internet-ey reasons. Last week it made the rounds that the very serious people at Square Enix’s ethics department had insisted the size of Tifa’s chest be reduced for the upcoming Final Fantasy VII Remake. This elicited exactly the response you’d expect. Later it was clarified that Tifa’s dimensions weren’t changing, she was simply being given proper supportive undergarments for FF7’s HD debut. Based on the trailer above, it seems like Team Ninja may not have fully read the memo on Tifa’s new wardrobe.

Tifa Lockhart will join the roster on July 3 in Japan. A Western release date has yet to be confirmed, although it will likely be the same. We also don’t know for sure how much Tifa will set players back, although past DLC characters have cost $6 to download individually.