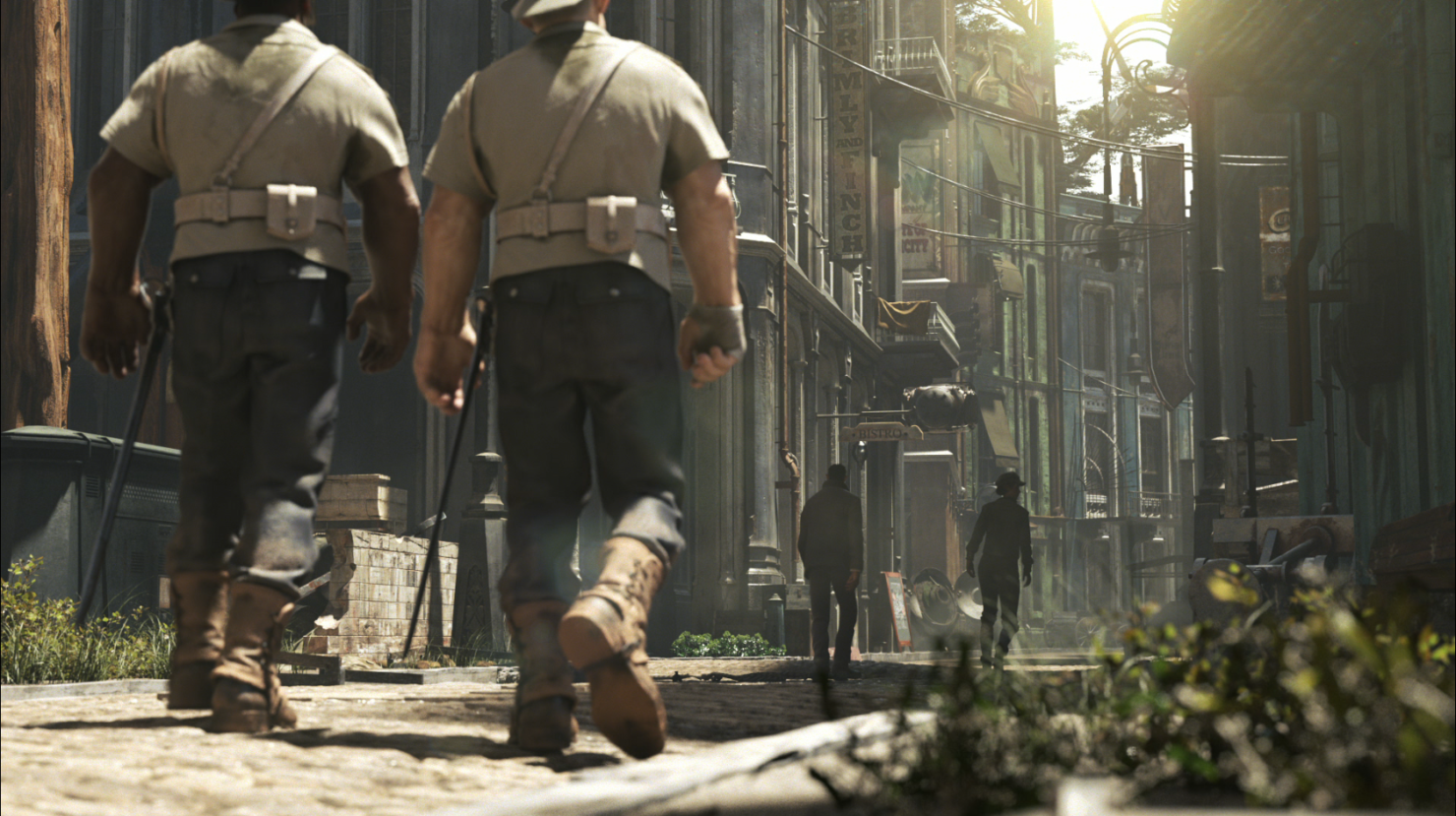 Bethesda Softworks just released the latest trailer for upcoming action/stealth title Dishonored 2 showing off the culture, history and landscape of the city of Karnaca.

The team over at Arkane Studios explain the demographics and culture of the Karnacan people. Citizens from all over turned this small village into a melting pot: folks from Dunwall and Gristol blending in with its native populace produced a more diverse population that walk the streets. Every new area you walk into has its own identity depending on the people who live and work there. What is impressive is the 200 year history they've built that's shown in how the city looks.

Art Director Sebastien Mitton explained how the setting sun in Los Angeles inspired a lot of the weird atmosphere that envelops Karnaca. Karnaca has the level of verticality in its design that we didn't see in Dishonored. Flat rooftops and massive cityscapes make it look more layered which gives the player more areas to traverse and access.

The video also showcases the enormous windbreakers that litter the city and how they would factor into gameplay. At times, strong gusts of winds will hit the city kicking soot and dirt. Emily or Corvo can use this time to sneak up take out unsuspecting guards in fun creative ways. The peaks overlooking the city offer stunning panoramic views of the landscape and the perfect spot to disposing bodies.

Exploring seems like it's going to play a bigger role this time around. Neutral factions that will let you roam around every nook and cranny of Karnaca without incident. Arkane Studios seem to be going out of their into designing a city that feels more different and dangerous than Dunwall in Dishonored while giving you more ways to explore.