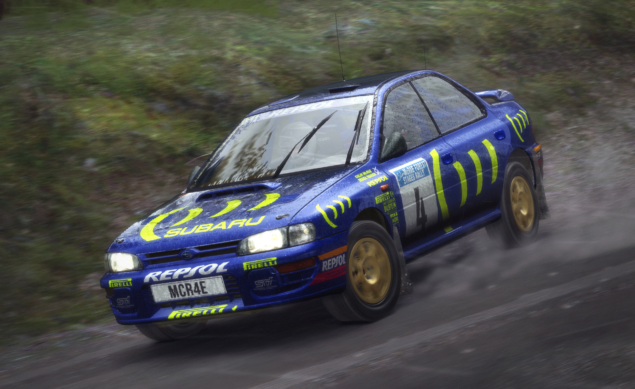 Early Access players on PC have seen DiRT Rally at its absolute worse, and have watched as it's developed into something pretty darn impressive. Console gamers - and those waiting for a physical PC DVD - have had a little bit longer to wait, but there's going to be a few bonuses to make up for that fact.

When the rally revival is released in April, it'll include Classic Mini and Super 1600 series right from the start of the game, along with 21 advanced rally driving video guides in case you fancy a spot of fun next time you pop to Lidl.

Players will also be able to drive the vintage full gravel surface at Pikes Peak for the first time, and three of Colin McRae's most iconic liveries will be available.

The DiRT Rally Legend Edition is also available to pre-order, which includes a feature length documentary on Colin McRae, called Rally Legend. It charts the entirety of his career, as well as his involvement in his very own video games.

DiRT Rally is already available on Steam and will be available to pick up on PlayStation 4, Xbox One and PC via DVD on April 5th.