Dirt Rally review – Back in Gear

I'm an excellent driver. I know all the maneuvers - left reverse around a corner, right reverse around a corner, turn in the road - and I was turned down for an Audi because I indicate occasionally and they were worried I'd damage their reputation. But despite my crazy skills, even I learnt a thing or two from the rather brilliant Dirt Rally, a game which offers the most hardcore driving fans the chance to trash vehicles from a variety of different eras across locations around the world.

Those of us that fondly remember the Codemasters glory days of the 90s can be happy in the knowledge that those champions of championships, those kinds of cars are back with a title that lives up to their name. 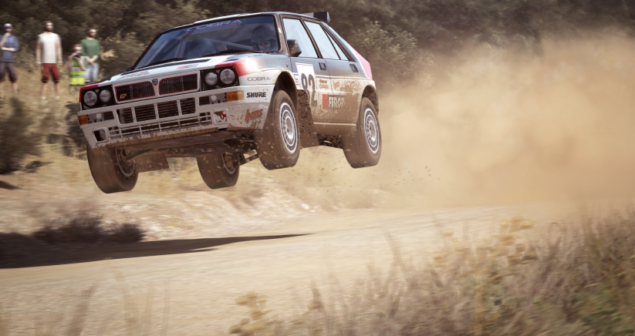 Dirt Rally is hard. Not ridiculously unfair like some games we could all mention, but actually, properly hard. You don't get to learn one basic control scheme and then follow giant green arrows on the road - you have to learn each new car you purchase, and practicing each track is the only way to ensure you'll top the leaderboard.

But that's not to mean that more casual players should be put off. The difficulty is rather flexible. If you want something that's fully immersive, almost as if you're a rally racer yourself, there are options there to accommodate that. Alternatively, you can pop the camera behind the car and change some of the options, granting a saving grace to players with no time to practice. It's still not what I'd describe as easy, but it's certainly a good deal more accessible.

Life would be a good deal easier, if not for the most incredible damage you can do to your vehicle. You can have hit a cliff, rolled down a bank, punctured every tire and have your engine hanging out six feet away from the car and your co-driver will still be encouraging you to take the next bend. I'm barely exaggerating.

The first time I started the second race in a championship and saw a cloud of steam fly out of my bonnet, I knew  the old method of holding the accelerator and bouncing around a track via every wall was no longer going to cut it. 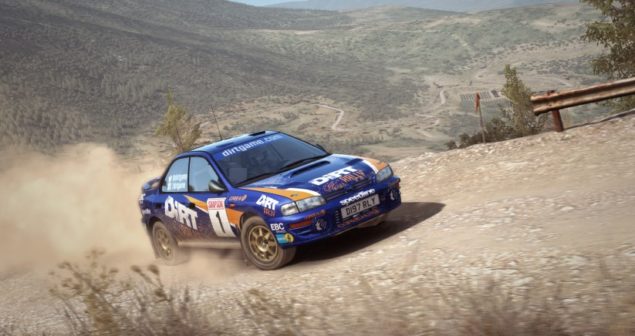 Changing how your car is set up is unlocked incrementally, with you being able to edit more advanced settings the more you drive a given vehicle.

This works better than you might expect, because it means you get a vague feeling for how things have changed when you buy something new. From there you can have a play with the settings via easy-to-use sliders, each of which explain precisely what they're there for and what you'll do if you change anything. As with everything else in Dirt Rally, playing and practicing is the key.

There are few rallying games that offer more in the way of variety. Locations around the world offer different challenges far beyond the old "ice is slippy, tarmac is quick" expectations of older games. Knock over a bump in the road or get too close to a sheer edge and you could quickly find the penalties lining up.

Worse, the likes of snowdrifts offer challenges we'd never have thought possible 20 years ago. Get your tires caught and you'll find it impossible to get out and, like the Golden Globes, just about everybody is going to find themselves in there. 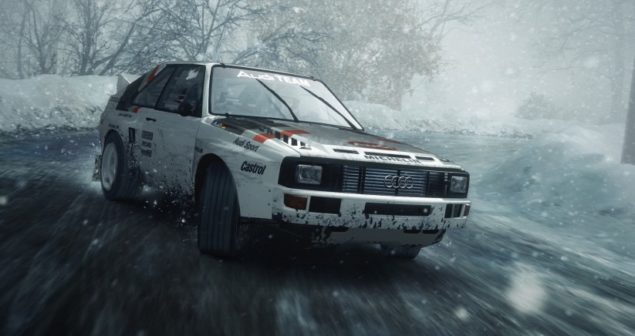 I found myself getting very good with the braking system, leaning very quickly which corners to risk taking full speed and when to almost come to a stop.

Advanced players will have no trouble using their techniques and skills to race around even the tightest of bends. I tried a Scandinavian Flick once - it hurt like hell and wasn't nearly worth the price I paid. In the context of the game though, it's just one of the very useful tools at the hands of those who know what they're doing.

There are maybe a few small issues with the physics, although I'm not sure whether that's because I'm used to other racing simulations. It seems every rock on the road has the potential to flip you into a barrel roll, and don't even risk driving into a cliff full speed if you happen to have a fear of heights. All in all, how you feel about this will come entirely from how often it's an issue to you. If your co-driver tells you not to cut a corner, you cut it and end up recreating that scene from Thelma and Louise, it's probably not the game's fault.

In a game like this, it's important that each stage feels just right, else you run the risk of having ten entirely different but far too similar 'worlds'. Codemasters get the balance spot on. Wales is different from Monte Carlo, which is different from England and Sweden. The races fit the locales and, by extension, each set of courses feels more than just a road to work around.

This feeling is helped by excellent visuals, which take full advantage of the beautiful mountainscapes and countryside that the rallying world seems to appreciate. 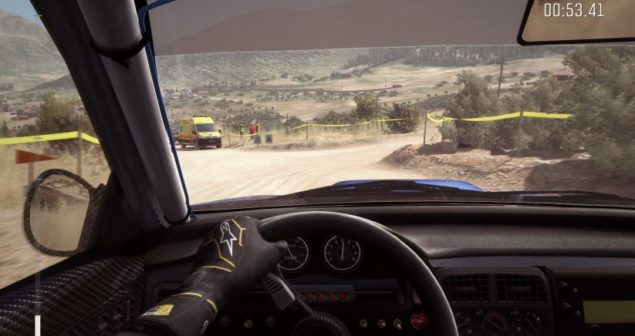 It's not the best looking racing game that has ever been released, but in terms of particles and overall ambience, I've rarely seen better. There's something about it that stands out from its competitors, even if, say, the textures aren't blowing your mind. Moreover, Dirt rally runs extremely smoothly even on my less-than-stellar PC.

Daily, weekly and monthly events will give players plenty to keep coming  back for, even when they've finished the already extensive "single player" sections of the game. If it clicks with you, this is something that you can keep coming back to almost indefinitely. I can only imagine the content getting dull for die hard enthusiasts after you've become too good to be challenged, and that's the sort of problem we could all use a little more often.

How much you'll enjoy Dirt Rally depends almost entirely on your patience and how much you like to get out of your games. There's so much on offer and so much to learn, but the difficulty and depth might be a little too much for casual racers, while every other fan of racing game will be very pleased.