Just scroll up and look at this phenomenal picture of the black hole! This is the first ever direct image taken from the Event Horizon Telescope. The EHT is a global collaboration that turned radio telescopes around the globe into a single gigantic telescope that would allow us to see black holes like this one. Look at how beautiful this image is!

According to the astrophysicist Luciano Rezzolla of Goethe Universität in Germany, “The confrontation of theory with observations is always a dramatic moment for a theorist. It was a relief and a source of pride to realise that the observations matched our predictions so well." It looks like an orange blob and you can see that in the middle is the shadow of the black hole. You can’t see the black hole itself in all its glory because the gravity doesn’t allow any radiation to escape. As a result it appears as an opaque space.

This particular black hole is active which means it is surrounded by an accretion disk of hot gases and dust. As the disc is rotating, it appears brighter when it moves towards us and dimmer where it moves away. This particular effect was predicted with Einstein’s theory of general relativity.
The image isn’t of a very high resolution but according to the EHT team, the object is rotating in a clockwise direction. Paul T.P. Ho of the East Asian Observatory said, “Once we were sure we had imaged the shadow, we could compare our observations to extensive computer models that include the physics of warped space, superheated matter and strong magnetic fields. Many of the features of the observed image match our theoretical understanding surprisingly well. This makes us confident about the interpretation of our observations, including our estimation of the black hole's mass."

The Aftermath Of This Discovery

Further studies will reveal more information and will help scientists figure out various mechanisms especially the ones that produce relativistic jets. 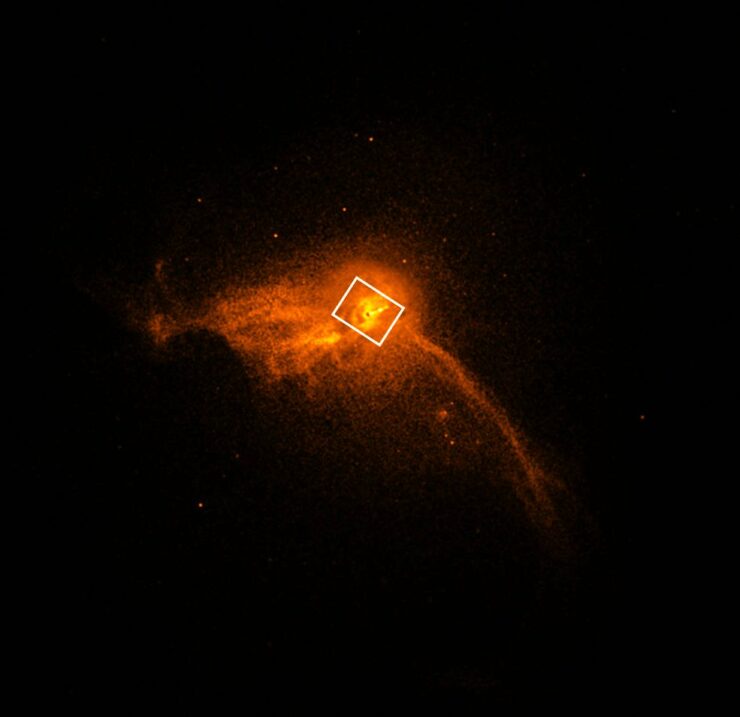 According to theoretical astrophysicist Philip Hopkins of Caltech, "That's been understood as an effect of general relativity for a very long time, but it only gets measurably large if you're really close to the event horizon of a black hole. And if we can measure it, not only is it a super-interesting test of this weird regime of relativity, it also tells you really cool information. If the black hole is spinning, that's telling you how much angular momentum it has, which tells you about all the things it had to swallow to make itself in the first place."

"Honestly in some ways the most impressive thing in all seriousness is just the technical achievement involved, and not just what you learn from this," said Hopkins. "Being able to image anything astrophysically at this kind of resolution is kind of mind-blowing."

Are you amazed? What are your thoughts on the matter? Let us know.