Digimon ReArise Is Available for Pre-Register at the Play Store 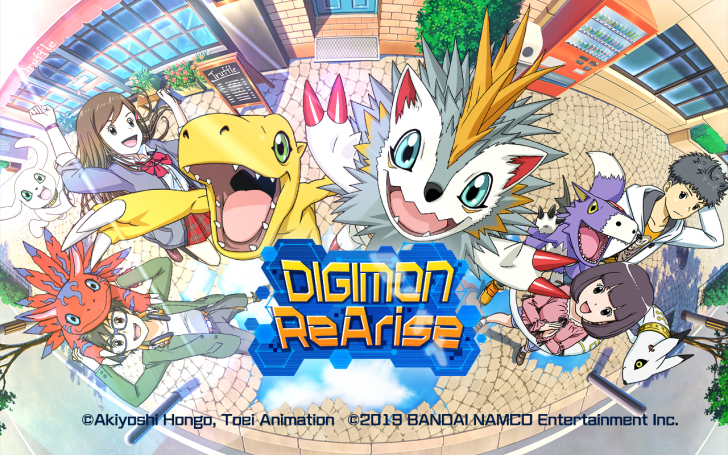 Bandai Namco has been on a mobile game releasing spree in the past few days. Yesterday, the company announced the release of Gundam Battle: Gunpla Warfare on Android. Today, RPG battler Digimon ReArise is set to make its way to the Play Store. The title has been region-locked to Japan since 2018 and is finally making its way to other regions. The English version available for pre-registration on the Google Play Store. Take a look at the game trailer below:

Digimon ReArise is a free-to-play game that puts players in 5v5 battles while actively building friendship bonds between their Tamers and Digimon. The game is centered around an unknown Digimon calling itself Herissmon. You'll have to team up with it to take on the game's enemies called Spirals. For that, you'll have to build a team of Digimon while nurturing your friendships with other players. Battles take place in real-time, and they revolve around 5v5 matchups. Digimon ReArise also features an auto-attack feature that streamlines the gameplay experience for players. Digimon Tamers can also challenge mighty enemies alongside other Tamers in Clash Battles. Future updates will also enable Tamers to pit their Digimon against other Tamers’ Digimon in the Battle Park.

Considering that Digimon ReArise is a free-to-play release, it will more than likely includes in-app purchases. All modern-day titles do, and we see no reason why this one should be any different. Bandai Namco hasn't mentioned an official release date just yet. The App Store listing of the title puts it as around October 21st so we can expect it to make its way to the Play Store around the same time. Head over to the Play Store to pre-register if the game piques your interest. I doubt that the game will bring much in the way of gameplay/mechanics and will end up a garden variety franchise-centric title. Not a lot of mobile games do these days and I don't think this will be any better.