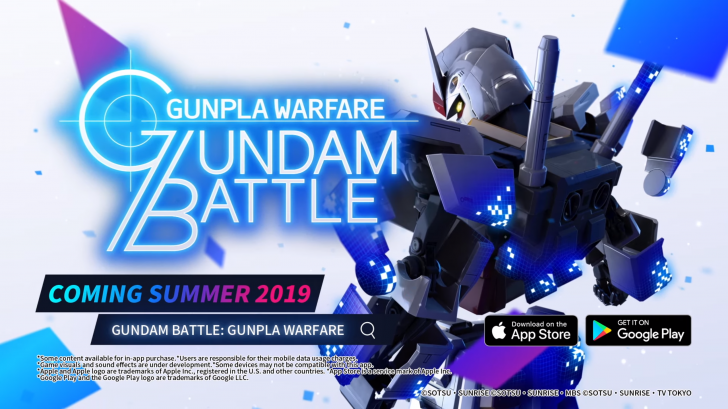 Bandai Namco just announced the release of Gundam Battle: Gunpla Warfare on the Google Play Store. The game is a free-to-play collection-based game that involves swiping on the screen to pull off different manoeuvres and attacks. You have to progress through the game by building, customising, and upgrading your Gunpla. The story revolves around school students that are trying to save their failing Gunpla club. Here's the trailer:

Gundam Battle: Gunpla Warfare features parts from over 25+ Gundam from the original anime series. There are also several classes such as In-Fighter, Defender, Supporter and more that players can choose from. PvP mode seems to be missing from the game, much to my disappointment. Bandai Namco presumably held off on it for a later point in time and hope that it makes its way to the title in the future. Lastly, Bandai Namco has also included some mobile-only content that is exclusive to the platform.

Considering that the title is a free-to-play release, Gundam Battle: Gunpla Warfare will have in-app purchases that range up to $79.99 per item. The game also features different types of currencies and a stamina system. A lot of titles have been opting for the stamina system, presumably to keep people from binging on the game. Considering that it is a relatively new title, the game servers are very likely overloaded, and disincentivising players from playing for too long helps reduce that load. It is reminiscent of Ubisoft's A Mighty Quest for Epic Loot—which made its way to the Play Store earlier this month—though it is lighter on the monetisation. Take notes, Ubisoft. The title is currently only available in certain regions. You can check its Google Play Store listing and see if it is available in your region. Alternatively, you can sideload the APK from here and pray that it works.