The Star Wars Battlefront blog has posted some details on the designing process of both the weapons and play-style of Boba Fett. 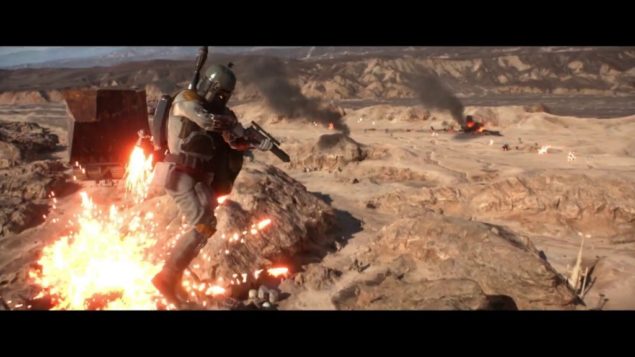 Being equipped with a jetpack Boba Fett becomes very powerful compared to other characters, giving players the ability to soar across the large multiplayer maps. In his arsenal Boba Fett also has an EE-3 Carbine Rifle and his iconic wrist launchers from the original movie trilogy.

“When we first designed Boba Fett’s flight pack, it quickly became clear that the ability to fly unhindered was very powerful compared to other characters who didn’t have that ability,” Jamie Keen explains. “For instance, when Boba Fett was facing off with Luke Skywalker in early development, it was unbalanced as there were no limitations placed upon his flight capability. That’s why we’ve added a fuel mechanic which forces Boba Fett to land from time to time before he can take off again.”

If you’re facing off against Luke and your opponent can anticipate these landings, you might find yourself in a close encounter situation. But, once you’re up in the air again, you can continue to take pot shots at Luke, which can in turn be deflected – a good example of the tactical dynamic the fights between Heroes and Villains contain.

Once you’ve had some time with Boba Fett, the flow of battle will be you shooting at enemies with your EE-3, and then punctuating that with either a rocket or flame attack whether you’re on the ground or in the sky. The chance to play around with different attack patterns like these is something the DICE team is very excited about. 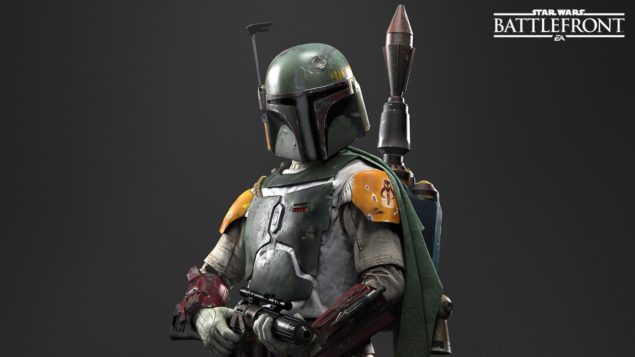 For fans of the epic Star Wars scenes with Rebel and Imperial ships facing off in intense dogfights, Fighter Squadron is the ultimate Star Wars Battlefront game mode.

Now, you can witness this airborne action in the Fighter Squadron gameplay trailer. Stick around to the end. You’ll find it’s full of surprises.

Featuring iconic Rebel X-Wings and A-Wings, as well as the dreaded Imperial Tie Fighters and Tie Interceptors, Fighter Squadron lets you engage in aerial battles with up to 20 players, and AI-controlled ships joining the fight. Hit the link below for all details.

Star Wars Battlefront was the big winner at the Gamescom Awards winning a total of five awards.