DICE Delves into the Depth of Battlefield 1’s Melee Combat 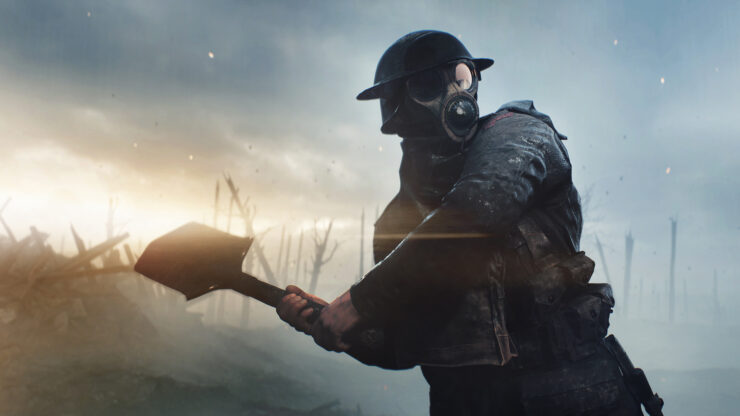 If you have participated in the recent record-breaking Battlefield 1 beta, you may have noticed that melee combat is far more visceral and intense than in previous Battlefield games.

That's exactly why DICE published a blog post today to explain all the nuances and strategies to melee combat in Battlefield 1.

From crude spiked clubs to the bayonet charge – in Battlefield 1, melee combat is deeper and more varied than ever. Few Battlefield moments are as rewarding as finishing off the opposing player with a takedown, and we wanted to leverage that in Battlefield 1 while emphasizing the role that melee combat played in World War I.
Implementing the powerful Bayonet Charge was one of the most important additions to reach that goal. This move lets you engage in an adrenaline-fueled sprint for a few seconds with your bayonet raised high in front of you. By expertly navigating into an enemy player during a charge, you will perform a brutal takedown that the victim has no chance to block. During the charge, you will benefit from a faster sprint speed than normal and a slight damage reduction from incoming gunfire. Your adrenaline really takes over!

However, charging in head-first is risky. Your loud scream will alert enemies, your turn speed is limited, and a failed Bayonet Charge also leaves you unable to sprint for the duration of its cooldown. Equipping a bayonet to your primary weapon also negatively affects the recoil of your weapon, and how quickly you can raise your weapon to a fire-ready position after a sprint. Picking a bayonet also means that you will indirectly forego other add-ons that you could have equipped instead. Plus, the bayonet isn't the only upgraded melee option in Battlefield 1.

Since the inception of the knife takedowns in Battlefield 3, melee combat has been an integral and exciting part of the Battlefield experience. In Battlefield 1, we wanted to keep this excitement but make melee combat both deeper and more varied. We also wanted to address feedback from earlier games, where players could get locked for some time when struggling for the knife before a frontal assault, so these types of struggles are removed from the game. The World War I setting also opened up for a lot of unique choices in the types of melee weapons employed, from medieval type maces to shovels, pickaxes, cavalry swords, and more, and we have made sure to reflect that in your arsenal.
Roughly speaking, there are three distinct melee weapon classes in Battlefield 1, each with their own pros and cons: knives, clubs, and bladed/specials. They primarily differ in three stats: the speed at which you can swing them, the damage they deal with each hit that connects, and how easy they are to perform a brutal takedown with.

World War I saw many trench raids where soldiers needed to stay relatively silent. The cramped spaces meant that there was not a whole lot of room to maneuver, so these operations typically saw great use of various melee weapons. While some carried small trench knives with knuckledusters, others fashioned crude battering weapons from anything that they could find. One example that we have implemented in Battlefield 1 is simply a heavy club, fitted with spikes to inflict maximum damage.
So while a knife, for example, deals a low amount of damage, it is by far the quickest to perform consecutive swings with, and it has a much bigger takedown zone than other melee weapon types. This means that if you go for a stealthy kill from behind, a knife will give you the biggest possible zone behind an enemy player from where a brutal takedown can be performed. Clubs are jacks of all trades: they deal medium damage at medium speed, and have a medium-sized takedown zone. The bladed/special melee weapons such as the hatchet, shovel, and pickaxe are the heaviest hitters, but also the slowest. They also have the smallest takedown zone.

You start the game having access to a simple club, shovel, and knife. But as you progress, you will have the ability to equip more embellished or specialized melee weapons. Some of them can even be used to cut barbed wire, destroy wooden barricades, or damage light vehicles.

Battlefield 1 will ship with nine maps at launch, with an additional map coming for free in December. The game is now less than a month away from release; the official launch date is set for October 1 on PC, PlayStation 4 and Xbox One, but if you get the Early Enlister Deluxe Edition you'll be able to play from October 18.