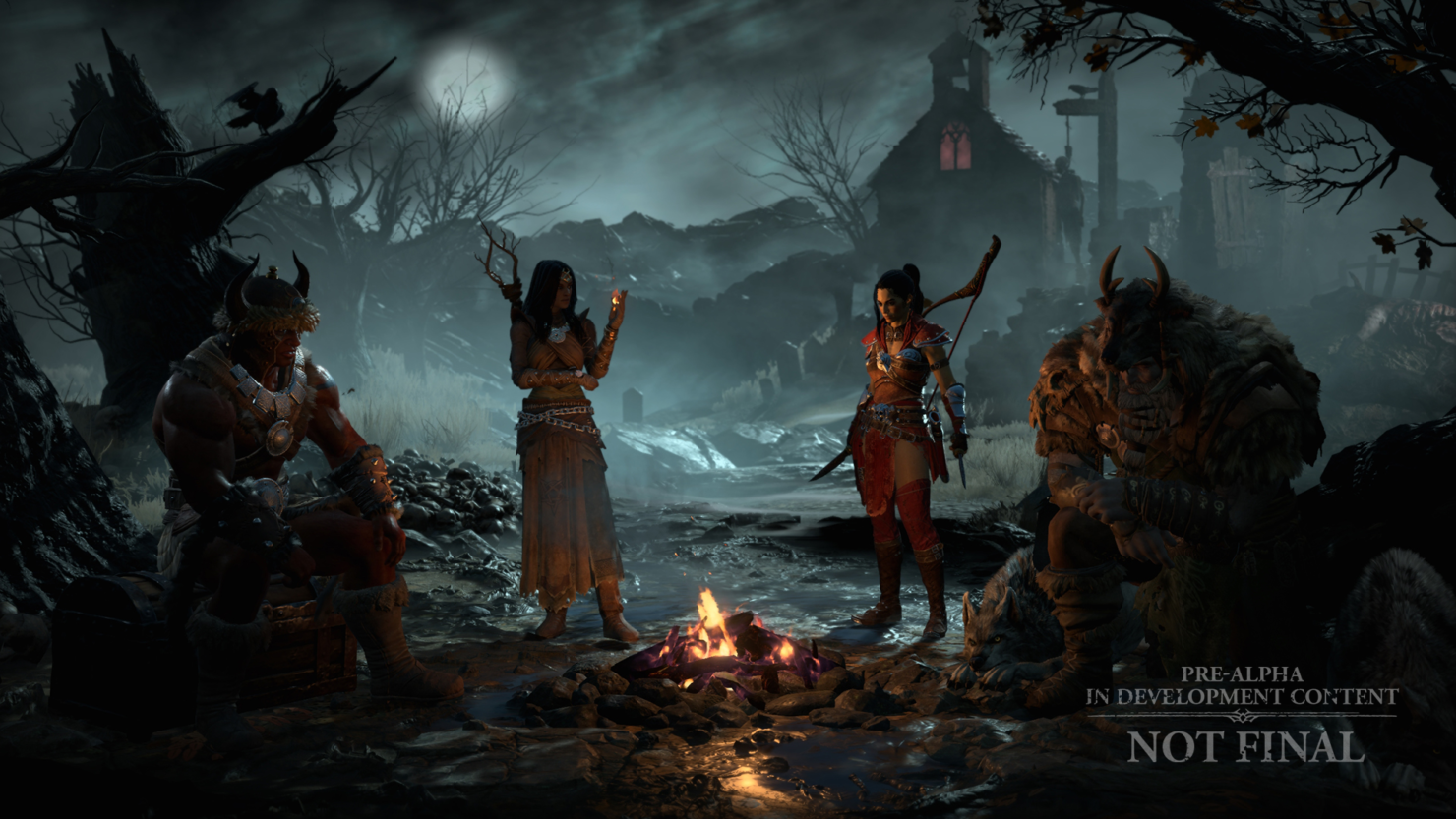 The Rogue class was the main Diablo IV announcement made at BlizzConline, but other information did sneak through the various interviews.

For example, speaking to Eurogamer, the Game Director and Art Director for Diablo IV at Blizzard discussed the MMO-like elements added to the game's open world system. While it will indeed be possible to stumble into other players during your adventures, these encounters shall be scarce enough to feel rare when they happen.

Luis Barriga: We've taken some of those ideas and applied them in a in a very different scale. We think that Diablo IV with this vision of like, post-apocalyptic, almost humanity struggling to get by, doesn't feel super right when it's more players than NPCs in a field where you're fighting over spawns, and where a villager feels like yeah, I could have my pick of like 10 adventurers or 20 adventurers to help me with a mundane problem that I have.

So it was really important for us that players are almost there to remind you that you're lonely and all on your own when you go into dungeons. So, on your way to the dungeon, you might see one or two people and it really adds something to the game because you're like, wait, wait! I need to ask this person where they got the trophy, or I need to ask them if like they can point me in the right direction because they have clearly completed the same quest I'm on.

So having those glimpses of seeing other players, as opposed to going into a location where there's always a huge amount, we find feels really good. And then once you go down that dungeon instance, it's just you and your party. It's super familiar Diablo gameplay. We think that the combination is working super well. John and I spent countless hours over the break just playing Diablo IV. We're huge fans of Diablo obviously, but we also play a lot of open-world games. And we're like, yeah, this is ticking all the boxes for us. So we really like the way that it's going.

John Mueller: There's a feeling when you're in the open world, if you see another player you want it to be scarce enough that you're curious and not annoyed. Like, why is this person intruding on my space or taking my loot or something like that? That would feel really bad in Diablo. When we would encounter somebody it was always like, oh! Who's that? What are they doing out here? And sometimes you group with them, or maybe they're running the same quests. But it's pretty rare, which makes it cool.

The world events, though, when you know you're going to take on something really big, that's when you want to have more players and it makes it more engaging because you see lots of different players with lots of different play styles and builds and gear. That feels really good in the open world. That allows the dungeons to remain pretty much completely intact, the way that people would expect them to be.

Diablo IV doesn't have a release date yet, but you should probably expect to be able to play it at some point in 2022, ten years after the original release of Diablo III.