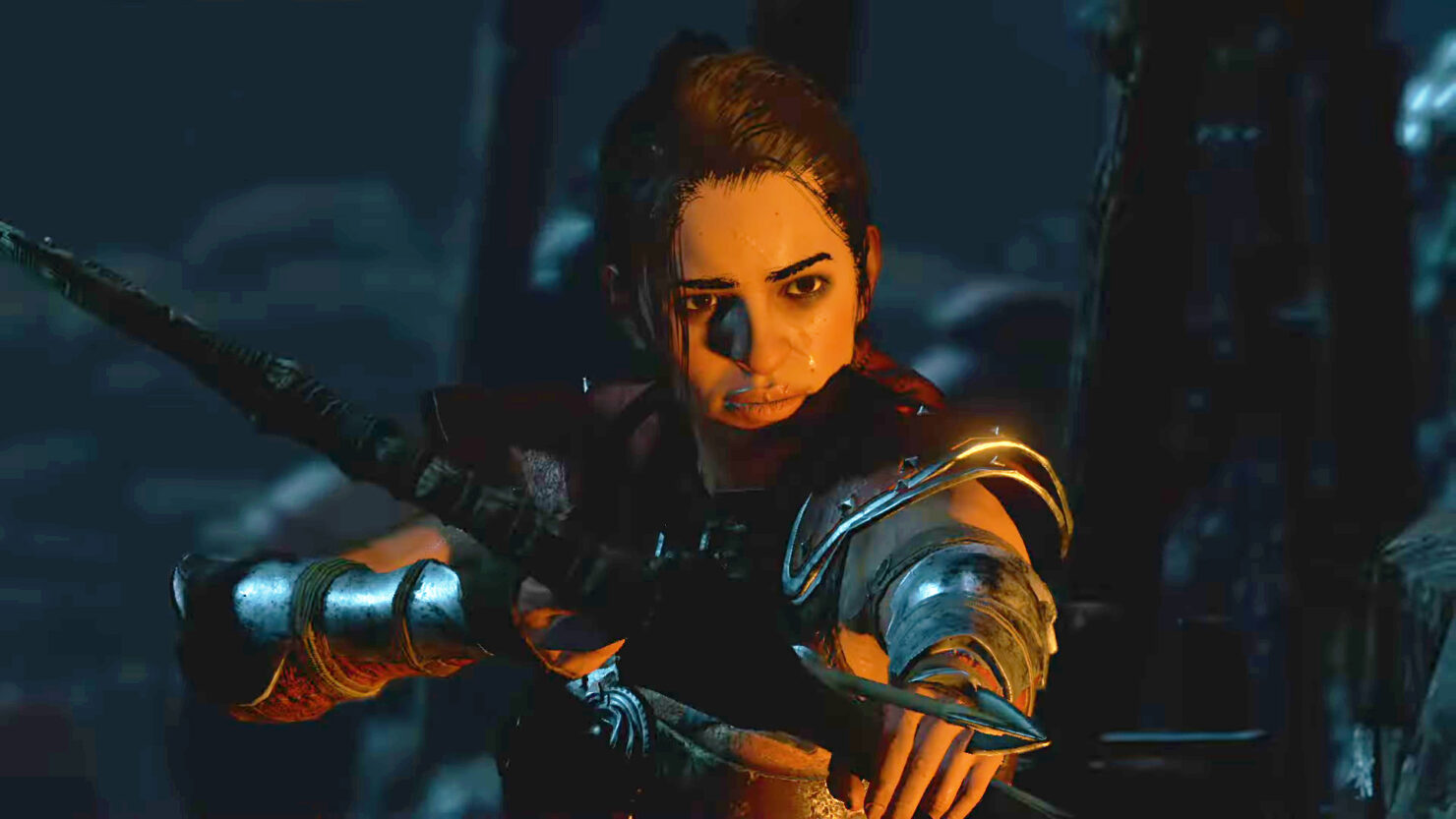 The reveal of a new Diablo IV class has been teased for some time, and today during the BlizzConline 2021 opening ceremonies, we officially learned the Rogue will be joining the already-announced Barbarian, Sorceress, and Druid classes. The Rogue class was, of course, a fan-favorite choice in the original Diablo and made a cameo in Diablo II, but was totally missing in action in Diablo III, so it’s good to see the option returning.

The new Diablo IV trailer introduces the Rogue in rather gruesome fashion, as we see her “confessing” (in a very insincere sort of way) to a priest and presenting him with a series of ears sliced from her victims. Of course, since this is the grim world of Diablo, the priest is actually happy to receive these ears (turns out, he has a collection). Check out the Diablo IV Rogue trailer, below.

As in the past, it looks like Diablo IV’s Rogue will be able to unleash death from afar with her bow, although Blizzard is promising plenty of build flexibility, and it seems the Rogue will be better with a blade than in the past. Here’s how Blizzard describes the new, reimagined Rogue:

Some call it murder. She calls it a job well done. The Rogue is the newest addition to the Diablo IV campfire, combining range and melee attacks with incredible speed and mobility. Prepare to slaughter hordes of the damned with imbued weapons and specialized attacks.

The Rogue is an adaptable, agile warrior who can specialize in ranged or close quarters combat. She can best any foe with her imbued weapons, perform powerful combo attacks, and can augment her arsenal with deadly poisons and shadow magic to slay demons with impunity.

Diablo IV has been announced for PC, Xbox One, and PS4. A release date has yet to be set. What do you think? Will the Rogue be your class of choice?