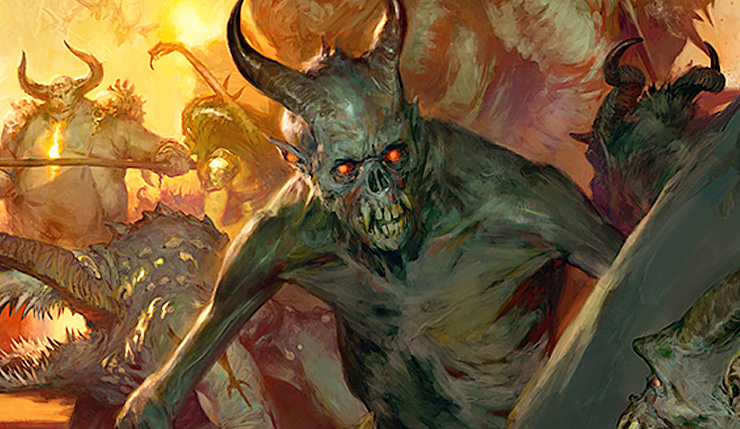 Blizzard has released their latest quarterly update on the development of Diablo IV, with the focus this time being the all-important subjects of loot and character building. This time around, Blizzard wants to deemphasize the effect of gear somewhat, with your character’s primary stats and skills being the main thing that determines their power. If you choose to power up certain stats enough, you’ll also unlock bonus effects, encouraging players to focus on a specific type of build, rather than spreading their points around.

With base stats now being more important, Blizzard aims to keep Diablo IV players hunting for weapons by making them feel more unique. Each type of weapon -- wands, swords, maces, and so on – will feel distinct, and each individual weapon will have the own specific speed stats and inherent characteristics. 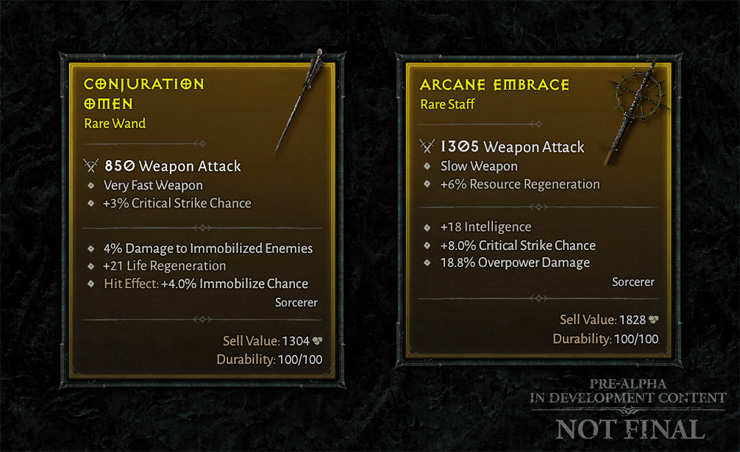 To see what that feels like in action, we've added weapon speeds and inherent characteristics to all weapons in our latest internal test environment. In general, one-handed weapons excel at letting you attack and reposition quickly, while slower two-handed weapons deal more damage. You can really feel the differences between them.

In addition to speed, each type of weapon has an inherent physical characteristic. For shields this is block value, meaning that any shield you find in Sanctuary is going to have block, in addition to any magical affixes it may have. As physical properties, these traits are consistent across all weapons of the same type and cannot be modified.

Blizzard is also revamping weapon rarity, with more variation available at each level. Also, Mythics are getting the boot, in favor of more Unique items with set powers and affixes that you can build your character around…

We still like the idea of Mythic items, but we don't want to create an item quality that invalidates all others, so they're out for now. […] Unique items are making a comeback in a big way in Diablo IV. We're embracing the fantasy of these build-around items with completely fixed affixes, heavily thematic and usually class-specific powers, and distinctive looks.

The latest Diablo IV covers even more ground, including the latest changes to the game’s skill tree, affixes, and more. Check out the full thing here.

Diablo IV has been announced for PC, Xbox One, and PS4. A release date has yet to be set.