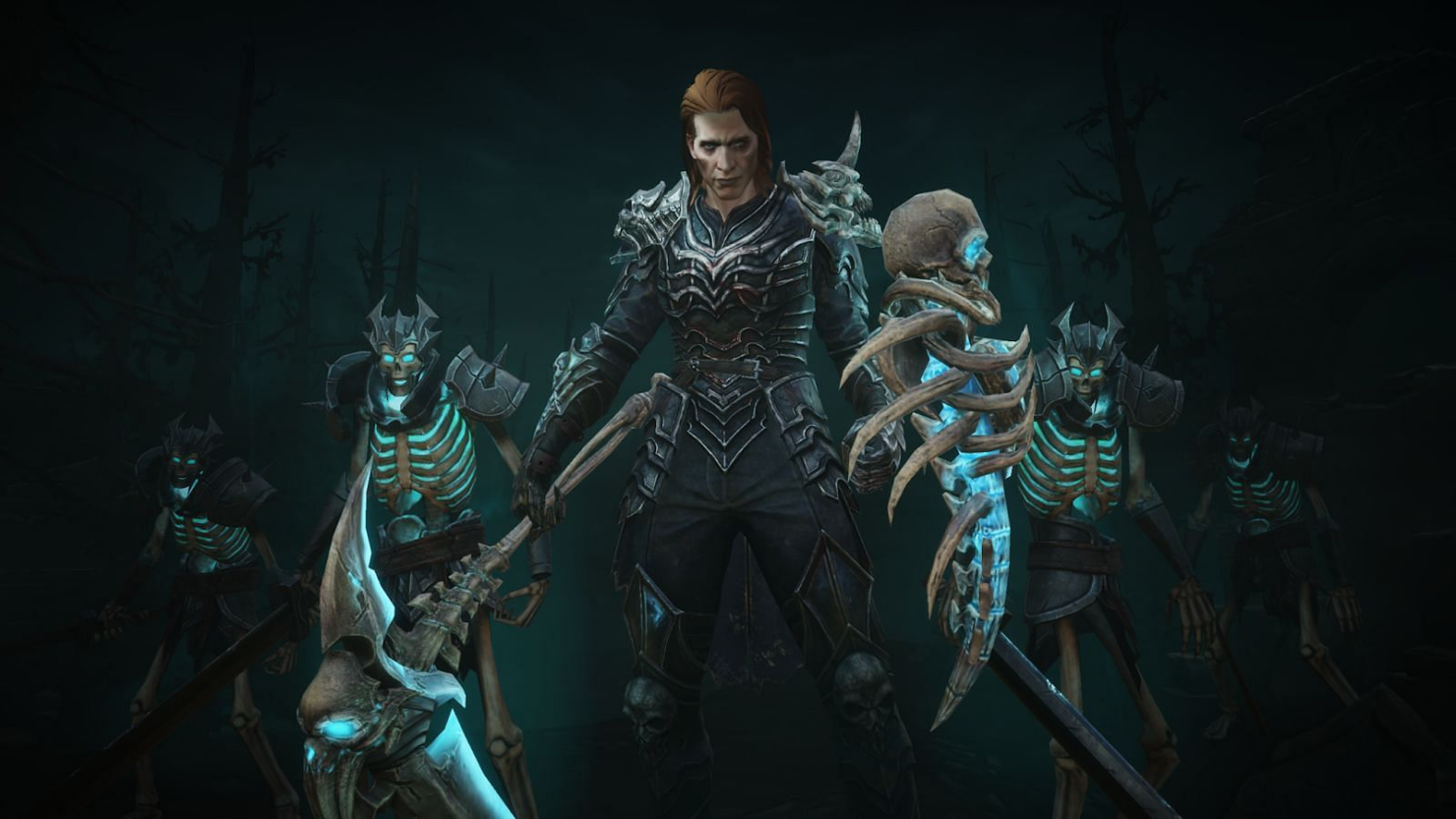 Diablo Immortal will enter its beta testing phase, bringing players a step closer to a worldwide launch. Select participants will be able to experience a host of new features and updates. The Closed Beta will also be expanded to users across South Korea, Japan, and China later.

Much like in the Alpha, a new class shows up to haunt their foes with the dead. The Necromancer reanimates corpses to protect the living, curse the damned with baneful skills, and inflict pestilence on the enemy. The Necromancer will be one of the six classes that will be available on the game's worldwide launch.

You can watch the Necromancer in action in the Closed Beta trailer below:

The game will also see a new end-game gear system implementation during the Closed Beta. Set Items will become available for secondary gear slots. As the name implies, the player has to wear enough items from a set to receive an additional stat bonus. Each Set covers six slots, including hands, feet, rings, neck, and waist.

Each Set has two unique bonuses: one for wearing three pieces and one for wearing six pieces. So, players can ultimately mix different parts from different sets to get various bonuses. Sets contain attributes around primary attacks, survival/health, fast movement, damage over time, summoning pets, or crowd-controlling enemies, allowing players to mix and match their desired playstyle.

The Closed Beta will be the first time Diablo Immortal will enable in-game purchases on Android devices. Players will be able to purchase the Empowered Battle Pass, Eternal Orbs (which may be used to purchase consumable items such as Crests in-game), and promotional bundles. All purchases made during the Closed Beta will be credited to the account used as in-game balance at launch.

The Closed Beta for Diablo Immortal will be available for Android users in Canada and Australia on October 28 (Today). As mentioned previously, South Korea, Japan, and China will participate at a later date. Diablo Immortal is going to be released in the first half of 2022.