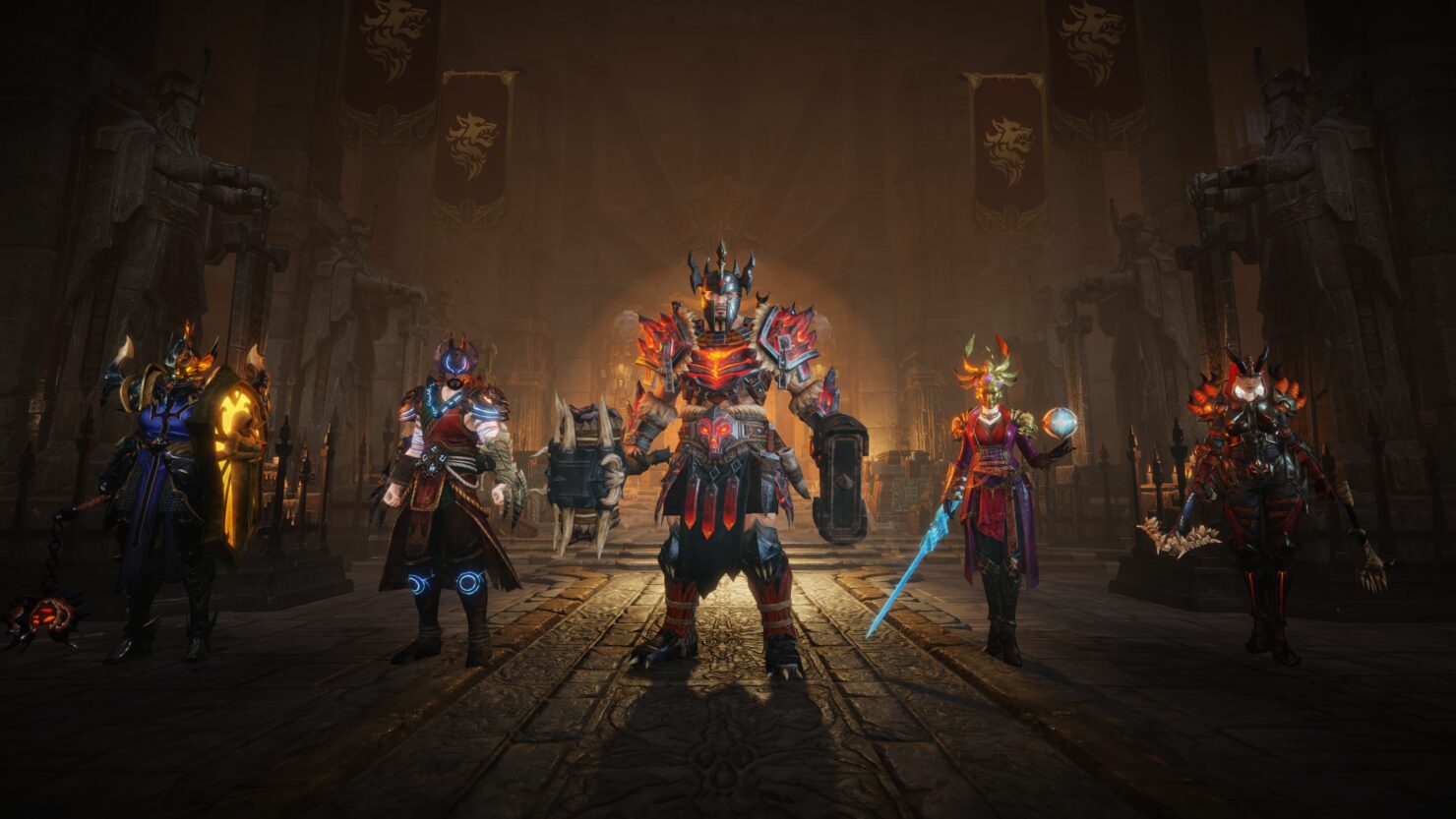 Diablo Immortal has been officially delayed by Blizzard. The first mobile adaptation of the Diablo franchise is now targeting a global launch in the first half of 2022, with the developers eager to 'substantially improve' the game in the meantime.

Following the positive reception to the Alpha test, Blizzard is focusing on what can be further added and tweaked. For example, there will be proper, MMO-like PvE raids; PvP Battlegrounds will be refined in all of their aspects, from matchmaking to class balance, and controller support is indeed coming to Diablo Immortal. Last but not least, character progression will be modified so that players with higher Paragon levels or players taking on higher difficulties will receive more powerful items.

We saw players yearned for more long-term PvE goals and activities that enriched the social experience of Diablo Immortal. So, we’ll be adding new PvE-centric Raids in the Helliquary system. Helliquary Bosses are now designed as a challenge for raids of 8 players to overcome.

Additionally, we heard players wanted more meaningful interaction with Bounties, so we’ll be making adjustments that make the Bounties system more engaging and fruitful for players who actively accomplish these challenges. For example, whenever you accept 4 bounties they will all be for the same zone.

Many players shared concerns that they didn’t find reward in pushing the higher Challenge Rifts, so Challenge Rifts will now reward new upgrade materials that can't be obtained any other way. Now those with the gear, skill, and zeal to face these obstacles head-on will be the most rewarded.

The Closed Alpha introduced the Battleground, a place where heroes could test their mettle. There's a lot of promise with the Battleground system, but we believe more can be done to make this experience more enjoyable. We'll evaluate matchmaking, earning rankings, class balance, time to kill, and other defining elements to improve the Battleground in Diablo Immortal.

Additionally, the Cycle of Strife was first introduced in the Closed Alpha. This endgame faction-based PvP is where players who pledge allegiance to the Shadows clash with the Immortals of Sanctuary. From forming a Dark House to rallying a PvPvE raid, the Cycle of Strife has been rampant with rivalries and faction pride. We’ll continue optimizing this feature so more players feel worthy for the quest of the Eternal Crown.

Your enthusiasm for wanting to play Diablo Immortal with a controller is coming; but we're still working through the challenges of adapting the touch screen controls to a controller seamlessly. Making our game more accessible is top of mind, and we’ll share more progress on this front as we approach the Beta in the future.

Five months ago, we interviewed some of the key developers working on Diablo Immortal. It's a lengthy Q&A, but there are lots of interesting details in case you missed it when it was first published.