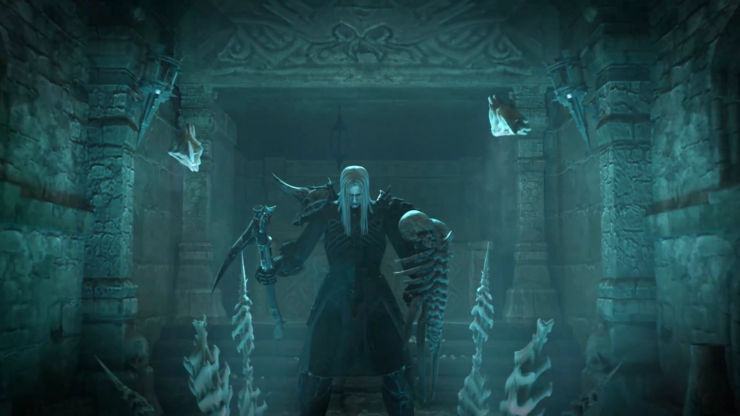 Blizzard has provided some additional details about the upcoming new Diablo 3 Necromancer class included in the Rise of the Necromancer pack.

Based on the original Diablo 2 class, Blizzard announced the Necromancer during last year’s Blizzcon, and will be playable in Diablo 3 later this year via a character pack. Both a male and female model will be included, and Blizzard has now provided some info on the character’s skill and skill runes.

Grim Scythe summons a huge scythe in a wide arc, dealing damage and restoring Essence. As a generator ability, this will be your bread and butter ability for building up to your more powerful damage dealing spells.

Blood Nova is one of the five skill runes for the base Death Nova skill. Blood Nova does impressive damage, but this comes at a cost—using this rune requires spending both Essence and some of your Health.

Devour is a resource-regeneration skill, allowing you to regain Essence by consuming the corpses of your slain foes. As one of the runes for Devour, Cannibalize also allows you to regain Health, which is handy for fueling costly spells like Blood Nova!

We showed a sneak peek of the Blood Golem at BlizzCon, but now he’s outfitted with animations, skills, and clever tricks! The Blood Golem is a burly companion who can sacrifice himself to heal you. Don’t worry—he’ll reconstruct himself right away, and deal sizeable amounts of damage to surrounding foes in the process!

Joining Decrepify in the Necromancer’s repertoire of curses, Leech is a dastardly spell that allows you to transfer some of the health of attacked enemies to yourself and your allies. It’s great not only for keeping yourself healthy, but offering support to your party members as well!

Blizzard also released an image of the Necromancer’s female character model, which can be watched below. 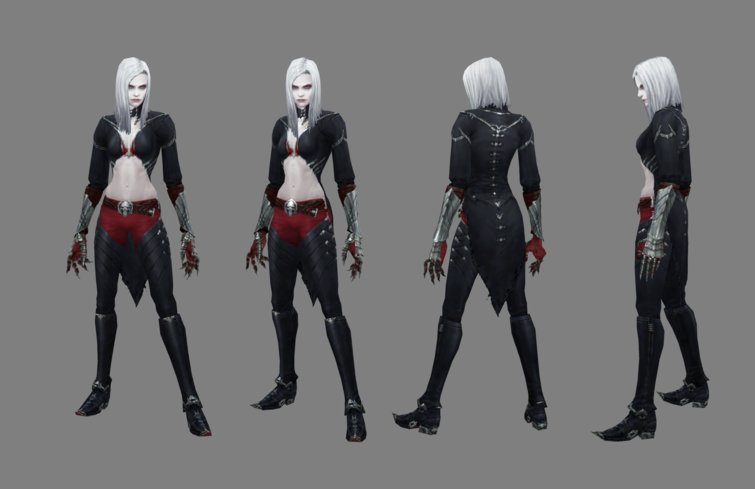 The exact release date of the Rise of the Necromancer expansion on the PTR is unknown, but the full patch will be released on all platforms simultaneously.