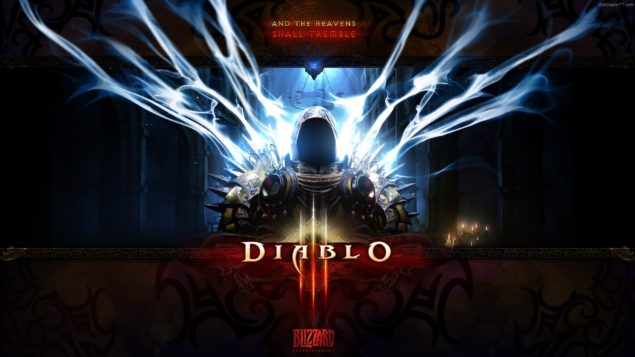 A New Cinematic Trailer "Black Soulstone" of Diablo III was showcased at the opening ceremony of Blizzard's BlizzCon 2011 Event. Diablo III, A Dark Fantasy and Horror RPG Masterpiece which is being developed by Blizzard itself will take players to the depth of hells where they will fight against the army of burning hells summouned by the Lord of Sin, Azmodan who is shown in the trailer below:

As Deckard Cain's niece, Leah, struggles to make sense of her uncle's mysterious and disturbing notations, she bears witness to a dark vision. Azmodan, Lord of Sin, towers over the fragile young woman, swearing his armies of the burning Hells shall pour forth into Sanctuary, ravishing the world and all hope of resistance.

Another Awesomely wicked trailer by the Blizzard's CGI team. This trailer ain't the only good news, Signing up for the World of Warcraft Annual Pass will get you Diablo 3 Complete game for Free. Details below:

Q: What is a World of Warcraft Annual Pass?

Q: Who is eligible?

A:To participate, you must be 18 or older, have a valid credit card, and have registered a full version of World of Warcraft on or before 18.10.2011.

Q: When do I get Diablo III and the other exclusive benefits?

A:You'll be able to download and play Diablo III as soon as it's available and once you complete the one-year term, it's yours to keep, even if you cancel your subscription. Tyrael's Charger will be available with Patch 4.3, and beta access will go live with the beta launch. Source 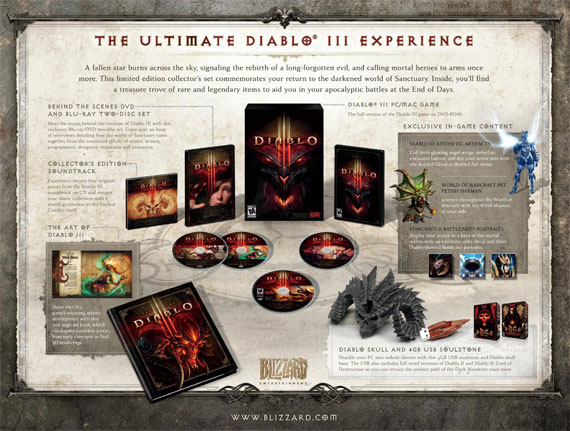 Last of all, Blizzards also announced the Collectors Edition of Diablo 3 which is filled with lots of horrific goodies, These include:

Pricing hasn't been revealed but it's most likely to be a three digit number :p. Diablo 3, Exclusive to PC will release in 2012. You can check out more details at Blizzard's Official Diablo page here.