Digital Foundry performed a tech analysis on the PC beta of The Division, and judging from the performance analysis, AMD's R9 390 outperforms Nvidia's GTX 970 quite a lot on several occasions. 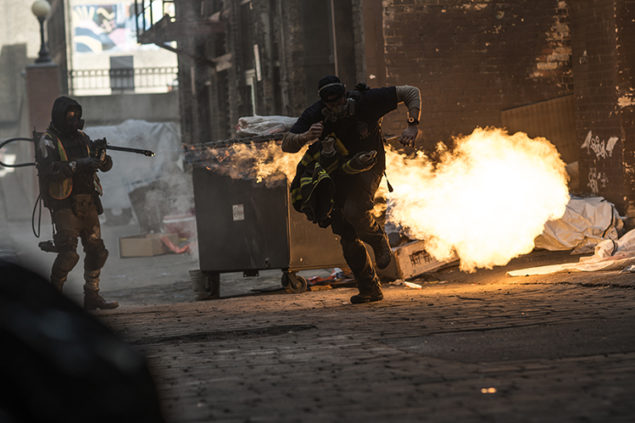 Yesterday we reported that the Xbox One version of the game is using a dynamic resolution to maintain a stable framerate on Microsoft's console. Today, Eurogamer's Digital Foundry, put the beta version of The Division to the test.

The Division is quite a demanding title for a GPU, as also noted by Digital Foundry, but running the title on ultra settings with a R9 390 and a GTX 970, showed some interesting results.

Ramping up the game to ultra settings, and moving on to an i7 4790K paired with GTX 970 and R9 390, two observations are clear: firstly, we're looking at minimum frame-rates on both cards in 35fps territory, but the AMD hardware shows a clear advantage over Nvidia in engine-driven cut-scenes and lower detail locations. This can rise to anything up to 15-20fps. It's a remarkable advantage, and one that is sustained for much of the run of play in the beta, since most of the action occurs indoors. The advantage is even more noteworthy in that Nvidia released a game-ready driver for the beta, whereas AMD didn't - we used the most recent 16.1 Radeon Crimson hotfix driver for our testing.

However, our chosen stress test - the street shoot-out when seizing your base of operations - sees a significant performance drop on AMD, where it only narrowly outperforms the GTX 970. It's an interesting example of how benchmarking specific games can see performance differentials between the two vendors change significantly according to context. Regardless, 1080p60 on ultra is off the table for both cards - we got closer by dropping down to high settings with medium shadow resolution. This improved in-game fluidity no end, but it required a meaty +200MHz core overclock along with +400MHz to the memory in order to get the GTX 970 to more consistently hit the target. Generally speaking, we don't recommend overclocking the R9 390 beyond the 1050-1070MHz territory seen in factory-overclocked cards - power consumption and heat generation rise enormously.

Did you try out the The Division beta? What are your experiences on your rig? Leave a comment.