A great Wii action game, Devil's Third, has been confirmed for release in North America sometime in the fourth quarter of 2015. Valhalla Game Studios also confirmed that there is going to be a version coming to the PC for free, sans campaign though. 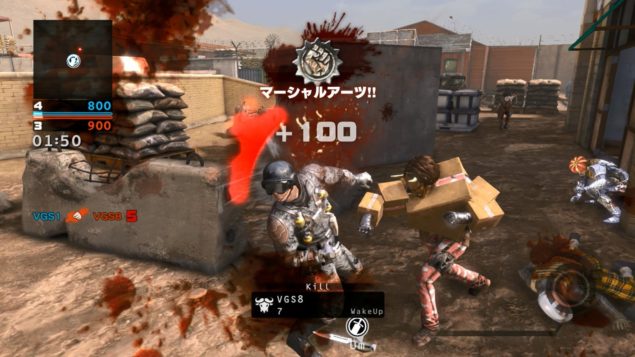 The hack-and-slash shooter Devil's Third has been confirmed for North America amidst many delays.

The developer, Valhalla Game Studios, have come forth reiterating that we'll see a Wii release in Europe on August 28th, Japan on August 4th, Australia on August 29th and now North America sometime later in the fourth quarter.

We were actually waiting to see if Nintendo was going to to retract their support as the publisher for Devil's Third. A rumor that was later deemed false surfaced earlier this month that pointed towards a purposeful distancing due to early play-testing indicating a less than stellar experience that wasn't up to their standards. The Wii generally has better produced games overall, though that doesn't necessarily directly correlate to higher sales or "better" gameplay.

Thankfully those rumors were false and now we'll see the inclusion of another great, and more violent game to the stable of already fantastic games on the Wii U.

Also announced is the inclusion of a free-to-play edition, Devil's Third Online, that'll be coming to Europe, Japan and the US. The free version on PC won't be getting the story, though, and will only feature raucous multiplayer romps with your friends.

Devil's Third is a third/first person shooter (when aiming) set in the near future where the Kessler syndrome theory has come to realization. Nearly all man made low Earth orbit objects have been destroyed which has caused a shift in the balance of power that's resulted in conflict around the world. You'll be Ivan, running and gunning around the beautifully rendered Unreal Engine 3 world.