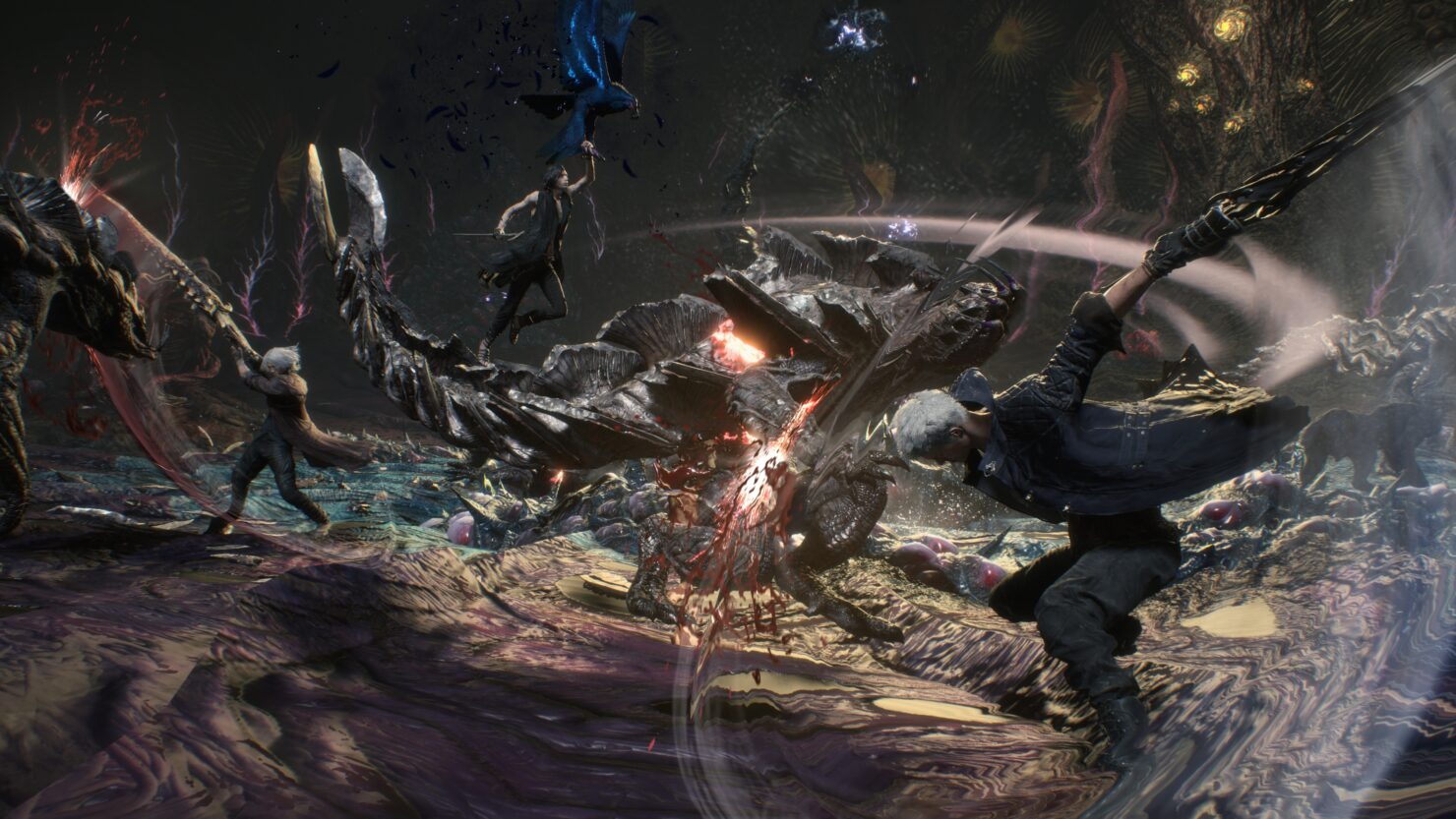 A Devil May Cry V demo will be released exclusively on Xbox One later today, CAPCOM confirmed at The Game Awards 2018, where a new trailer for the game (due on March 8th, 2019 for PC, PlayStation 4 and Xbox One) has also been released. You can watch it below.

The press release includes plenty of details on this Devil May Cry V demo as well as the Cameo system, a sort of online co-op, and the Bloody Palace mode which is due to be added to the game in April.

This smokin’, sexy, stylish Devil May Cry V demo sees players assume the role of young demon hunter Nero on the streets of Red Grave City as he takes on several demons including the Mighty Goliath in the eternal battle between the forces of good and evil. Players can execute devastating attacks on enemies using Nero’s special Devil Breaker arms designed by his partner in crime and self-professed “weapons artist” Nico. Combined with melee attacks using his ‘Red Queen’ sword and the long range firepower of his ‘Blue Rose’ handgun, the power of Nero’s Devil Breaker arms make the dramatic, adrenaline-fuelled action even more thrilling. This exclusive Xbox One demo gives players their first taste of what to expect when the iconic action series Devil May Cry returns with the launch of the full game on March 8th, 2019.

Viewers of The Game Awards were also treated to the first details of the mysterious character V. V may appear weak next to Nero and Dante, but he has the ability to unleash a unique fighting style that sees him summon three different demons to assist in battle:

Utilizing a combination of all three demons’ powers, players can take their enemies down to the brink of death, allowing V to swing into battle and finish them off with a devastating cane attack.

Capcom is also pleased to confirm the return of fan-favorite Bloody Palace Mode. Coming to the game as a free update shortly after launch in April 2019, this extra quick-elimination mode pits players against hordes of fast-approaching enemies and bosses until they reach the end.  Details on the Cameo System in Devil May Cry 5 were also revealed, where players’ worlds collide with other demon hunters. While online, other players can be seen making special guest appearances in the game as they battle other demons around Red Grave City – even joining in the battle in some cases. Players can rate each other’s cameos in-game by rating their gameplay “Stylish!” if they’re impressed by their SSStylish skills.