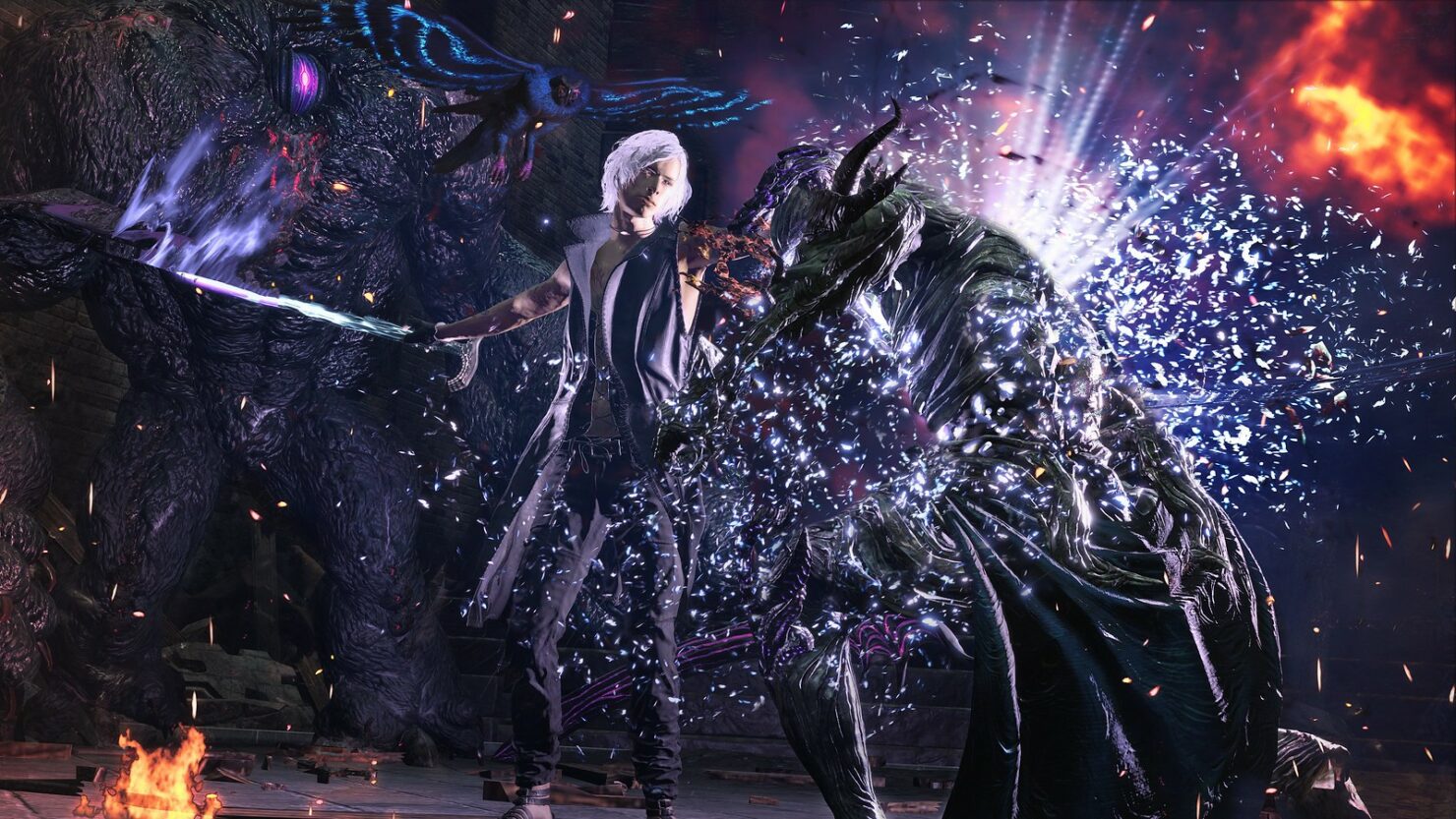 [Update] Following yesterday's announcement, Capcom released a Devil May Cry 5 Special Edition ray tracing overview video that highlights how the feature changes the game's visuals. You can check it out below.

[Original Story] Devil May Cry 5 Special Edition is launching on Xbox Series X as well as on PlayStation 5, but it seems like the Xbox version of the game will not come with all the features included in the PlayStation 5 version at launch.

The newly launched official website confirmed that ray tracing features will be available at launch on PlayStation 5, but will only be added to the Xbox Series X version after launch with a free patch.

Ray tracing features will be available upon release for the PlayStation 5 version, and will be added to the Xbox Series X version in a downloadable patch post release.

The Devil May Cry 5 Special Edition website also confirmed that ray tracing features are automatically disabled when High Framerate Mode is enabled and in Turbo and Legendary Dark Knight modes.

Object rendering is prioritized and ray-tracing is automatically disabled when High Framerate Mode is enabled, or when playing in Turbo or Legendary Dark Knight gameplay modes.

Among the biggest additions included in Devil May Cry 5 Special Edition is Vergil as a playable character. He will be available in both story mode and in the Bloody Palace.

Here's the feature our fans have been clamoring for... Dante's twin brother and longtime rival Vergil is now available as a playable character! Take this new challenger through both the story mode and the challenging Bloody Palace!

Devil May Cry 5 Special Edition launches on PlayStation 5 and Xbox Series X digitally. The game will be available at launch this November for both consoles.