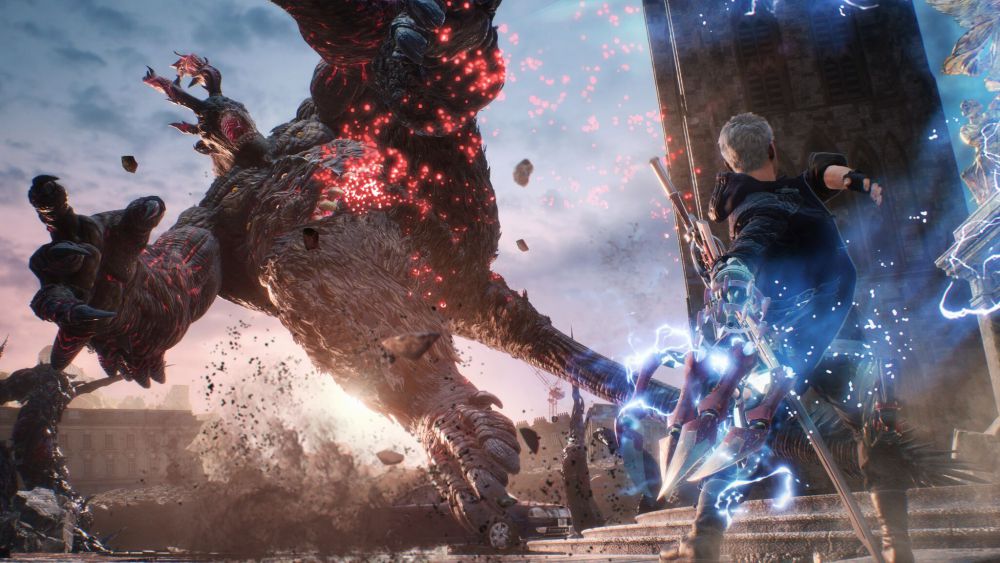 The new footage, shared online by Frame Advantage, shows the full Devil May Cry 5 Gamescom 2018 demo played on base PlayStation 4. While the game doesn't look as good as it does on PlayStation 4 Pro, it does run nicely, with what seems like a stable 60 FPS framerate.

Our own Chris had the chance to try out Devil May Cry 5 during Gamescom 2018 last week, noting how the game is a return to form for the series, with great gameplay and presentation.

Of course, one level isn’t exactly a great judge of a full title. From what I have seen, this is a great return to the Devil May Cry franchise. It looks, sounds and plays great.