Whether you hate him or you love him you can't deny that the next Devil May Cry is definitely going to be a major let down to the fans since it continues to drift away from its roots, the new "Dante" has some good moves but in the meanwhile he is still very disappointing in looks, where the Original Dante from Devil May Cry 1 - 4 looks like an all around Bad Ass this Dante has been criticized to be the Edward Cullen of gaming (Heck even female gamers are showing their disapproval for the new Dante). 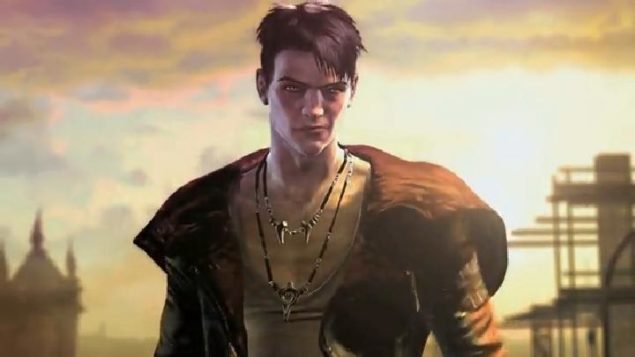 While Devil May Cry 4 was released more than a couple of years ago Capcom was very hush about a sequel to the game but last year the silence was broken with the announcement of a new Devil May Cry which is under the development of Ninja Theory but the main change in the game which set fans raging was how the new Dante completely ruined the image of the original Dante from the previous games.

The new Devil May Cry is a real change of pace, the most noticeable change in the game is the fact that enemies no longer drop red orbs which were the currency of the game needed to buy power ups, health items, upgrades for weapons / character and other such needs, while Style Meter / Health Bar / Devil Trigger meter are not shown in the video due to this being footage of an unfinished game is understandable but it would have been nice to see whether the developers have made changes to those aspects too. All I can say is Capcom is taking a mighty big gamble with this new installment in the series.