Some people who are concerned about the environment buy environment friendly cars, other just buy them for the fun of it, whatever the case may be James Cook University in Australia is developing a new technology that will let users of these electric cars make money from their vehicles. It is basically a device that will sit under the stereo of the car and it will assist owners, who are looking to sell extra battery charge back to the grid, as to when is the best time to sell based on peaks and troughs of demand and pricing.

"My key aim is to help the consumer, but with many more electric cars expected on the road in the future, the electricity companies may not be able to handle the load without significant upgrades, unless many of the cars are being charged at optimum times," technology developer Kirk Martel said in a press release.

The device is a part of the Internet of Things which will transform our lives by connecting all tech gadgets to the internet so that they can communicate with each other. This will allow you to monitor the amounts of electricity being used by individual appliances in your house, from anywhere around the world. In the case of this device it is a small screen which lets a smart meter monitor peak and trough electricity times and lets you know when the best time is to sell the extra charge. 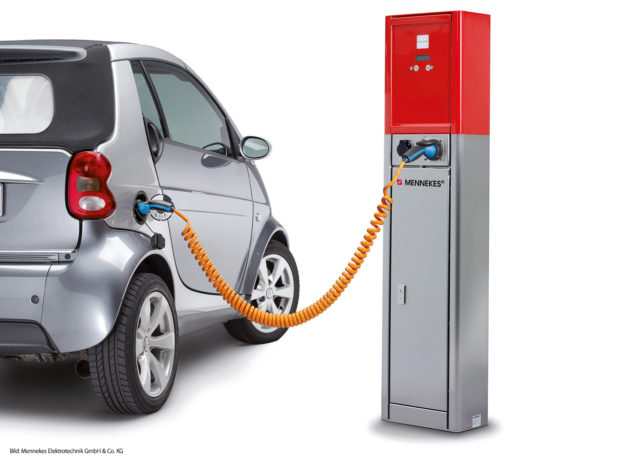 According to Martel this device is more useful than that as it will collect data to know when car needs to be charged and how much charge is needed. His research shows that private users charge their cars after work when the domestic demand is high and fleet users charge it during the day when Industrial demand is at its peak. This type of data will allow electricity companies to prepare for the excess demand of electricity once more cars are in the lineup.

"The hard part is answering all the other things: how quickly do different battery types charge? When you are discharging it to the grid, how much charge do you leave in the battery for emergency trips?" said Martel. "The battery will be subject to extra wear if it is charging and discharging more often, how do you take account of that?"

This device is due to be completed this year end as soon as IBM donates $3 Billion to the Internet of Things, this is just the starting point of a whole range of smart gadgets coming our way.