Adam Jensen is the protagonist and over all bad ass of Deus Ex Human Revolution with a background story similar to that of Robocop he is the ultimate fighting machine who is out for revenge against the people who wronged him and turned him into a cybernetic beast, Adam's quest will take him to a variety of places including Detroit, Montreal and Henchaw will be among the places Adam will visit to find out his attackers. After so many years in the making this is truly a Deus Ex game for the record books. 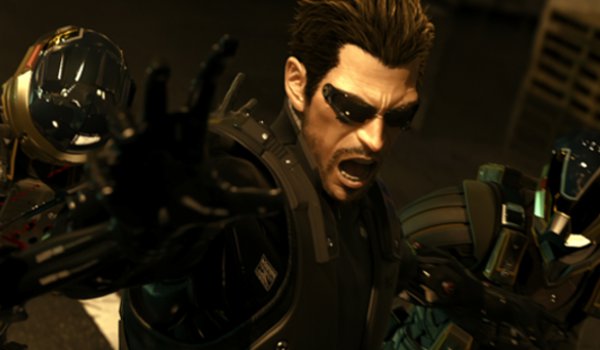 Adam Jensen has a story similar to that of Robocop, he was left for dead after a break in at Sarif industries and in order to save him he is immediately given human augmented parts to keep him alive but now he is out for revenge against those who put him under the operating table in the first place, Deus Ex Human Revolution is releasing in a few days and I am already very excited for this game. After Dead Space 2 this is definitely one of my favorite multiplatform games from this year.

The trailer gives us a little bit of insight into the world of Adam Jensen and what he is fighting for, it also shows us the benefits of the augmented parts, how to improve upon them and many more features of the game while the ALPHA build of the game was leaked a few months back and only offered 10 or so hours of game play the final game is said to be longer than 30 hours which is really quite amazing compared to the modern games releasing today.

Deus Ex Human Revolution has a variety of play styles you can either go in and kill everything that moves with your augmented body parts, find silent ways to complete your objectives, or a little bit of both but whatever you choose is entirely up to you and how you want to play the game.