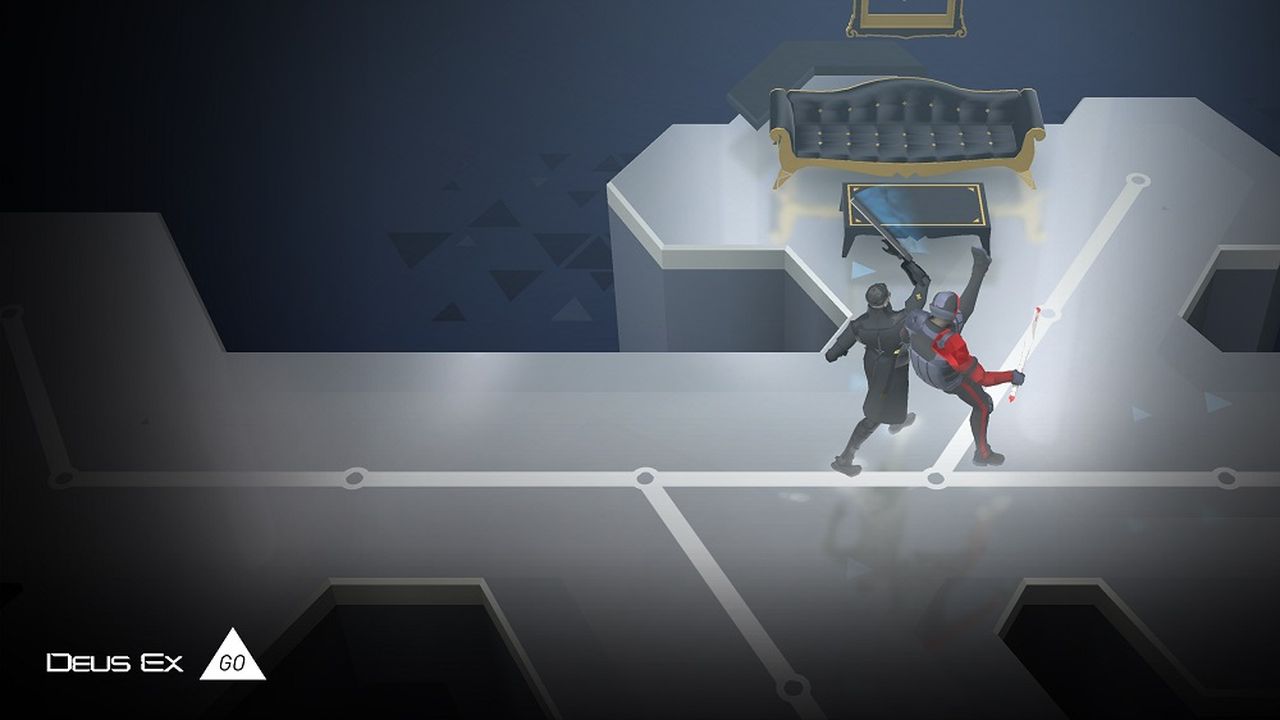 It is a turn-based infiltration puzzle game set in a stylized interpretation of the Deus Ex Universe. As double agent Adam Jensen, you’ll use hacking, combat, and augmentations to solve the most challenging puzzles of the entire GO series. Work alongside your allies in TF29 and the Juggernaut Collective as you infiltrate locations to unravel the conspiracy behind a terrorist plot.

With Deus Ex, we are taking the GO franchise to another level. We are building on the learnings of Hitman and Lara Croft to go a step further with Deus Ex in terms of visual, game design and social features.

The game will also feature a puzzle creator (to be available after launch) so that players can create their own puzzles. More information should be available here, once the site gets back online.