Destiny To Receive Large New Expansion This Year, Destiny 2 To Be Released Next Year

Destiny, the first person game developed by Bungie, has been released a while back on consoles in all regions, but the game is still going strong thanks to the team supporting the game with new content and expansions. Yesterday Activision shared what's the future holds for Destiny ahead of its quarterly earnings call. 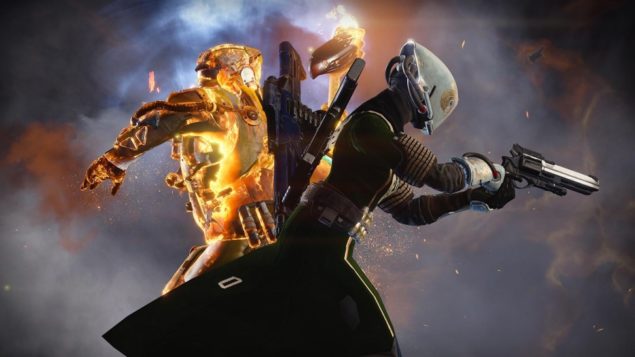 The publisher has confirmed that Destiny will be getting a large new expansion in 2016. A sequel has also been confirmed for next year. Details on both expansion and sequel are scarce at the moment, but more on them will surely come in soon.

Activision Publishing, along with its partners at Bungie, expects to bring a large new expansion to Destiny in 2016 and to release a full game sequel in 2017.

As mentioned above, Destiny is getting supported by Bungie with updates and new content regularly. A few days ago a new update, called Crimson Days, has been launched to celebrate Valentine's Day. The update includes a limited time game mode named Crimson Doubles, a Fireteam 2v2 elimination mode where Fireteams will have to win five rounds to become victorious. The play mode also comes with the Broken Heart buff, which allows players to enjoy several enhancements when a partner falls in battle. A new quest is also available from Lord Shaxx, which allow players to earn a new Crimson Days emblem.  The Crimson Days mode and the new quest will be available in the game until February 16th.

Destiny is now available on PlayStation 3, PlayStation 4, Xbox 360 and Xbox One. We'll let you know more about the big expansion and Destiny 2 as soon as more comes in on them, so stay tuned for all the latest news.