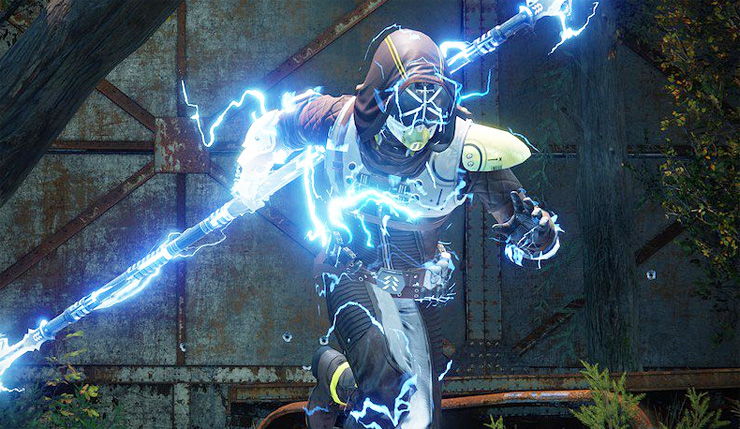 Destiny 2 just got a shot of adrenaline. Since launch, fans have complained that Destiny 2 felt a bit sluggish compared to the original game, and Bungie recently promised to do something about it. Today they delivered on their pledge, releasing the “Go Fast” update, which makes wide-ranging changes to Destiny 2’s core mechanics. All classes are now more agile, weapons hit harder, and supers recharge quicker.

The PvP Crucible mode is also receiving a variety of tweaks and updates. 6v6 PvP is returning to the Iron Banner, and the tracker has been turned off for Competitive matches, forcing players to focus more on communication and flanking. Respawns and the power ammo also come much more quickly now. You can check out a video walkthrough of the changes, below.

Design Note: This is to enable more flanking and expression of individual power.

Design Note: This keeps precision damage close to where it is now, when you factor in the base damage and rate of fire buffs above. This puts most of the buff into body shots, but in the end, this still increases precision damage overall.

Scaled up PvE damage for the following perks:

Increased the distance the player travels with an untargeted airborne shoulder charge attack (Shield Bash, Seismic Strike, and Hammer Strike) back to 4.5 m

Design Note: Our intent is for Balanced Glide to have some of the properties of both Burst and Strafe Glide without being as potent as either version.

Phew! That’s a lot of changes! Think the newer, speedier Destiny 2 might be for you? Well, the game is 50 percent off through the Blizzard Shop until April 6.