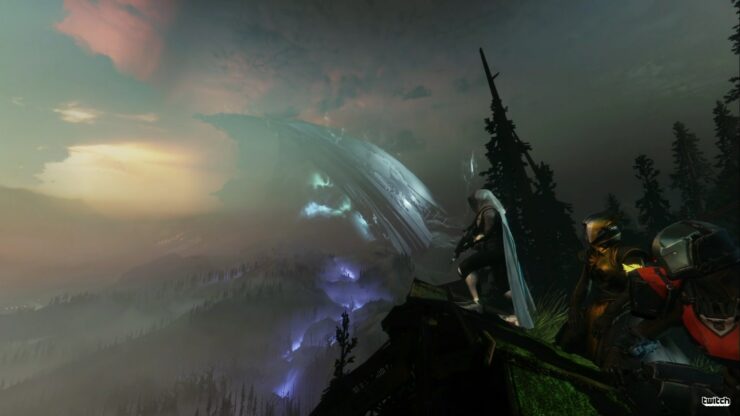 Bungie has provided more details about the networking model that Destiny 2 will use.

Following the reveal of Destiny 2’s gameplay premiere last week, many have been complaining about the lack of dedicated servers for the Destiny sequel. Glenn Fiedler, Lead Network Programmer at Sony and Senior Programmer on Titanfall 1 & 2, even went as far as too claim that offloading physics and AI to a dedicated servers setup in the cloud, could have helped in reaching 60FPS on PS4 Pro.

Destiny 2 Project Lead: No Partners Asked Us To Hold Back Performance On Other Platforms; 4K on XB1X Being Evaluated

In a new post on Bungie’s blog, engineering lead Matt Segur, detailed Destiny 2’s networking model and stated that the game will be using an “unique networking model”. Down below you’ll find the content of his post:

So why no dedicated servers?

Matt: Every activity in Destiny 2 is hosted by one of our servers. That means you will never again suffer a host migration during your Raid attempt or Trials match. This differs from Destiny 1, where these hosting duties were performed by player consoles and only script and mission logic ran in the data center. To understand the foundation on which we’re building, check out this Destiny 1 presentation from GDC. Using the terms from this talk, in Destiny 2, both the Mission Host and Physics Host will run in our data centers.

Wait, so we do have dedicated servers?

Matt: We don't use that term, because in the gaming community, “dedicated servers” refers to pure client-server networking models. Destiny 2 uses a hybrid of client-server and peer-to-peer technology, just like Destiny 1. The server is authoritative over how the game progresses, and each player is authoritative over their own movement and abilities. This allows us to give players the feeling of immediacy in all their moving and shooting – no matter where they live and no matter whom they choose to play with.

Why peer-to-peer? Are we trying to save money?

Matt: Nope! We've invested heavily in new server infrastructure for Destiny 2, including using cloud servers for gameplay for the first time. We really believe this is the best model for all of Destiny 2's varied cooperative and competitive experiences. Engineering will always involve tradeoffs and cost-benefit analysis, but as a team we’ve got no regrets about the unique technology we’ve built for Destiny 2.

With Destiny 2 coming out on PC, does peer-to-peer networking put players at risk of being cheated?

Matt: The PC platform poses unique security challenges for Destiny 2, but our security Ninjas have spent several years building a plan for how to engage with this new and vibrant community. We have a variety of top-secret strategies to ensure that the life of a cheater in Destiny 2 PC will be nasty, brutish, and short. And, regardless of what platform you play on, all changes to your persistent character are communicated directly to our secure data center with no peer-to-peer interference.

Does this mean I’ll never see a player warp around the map or shoot me through a wall again?

Matt: We think those controller-throwing lag-induced moments will be reduced for Destiny 2, but we can't promise they’ll be eliminated. Fundamentally, we are trying to strike a balance between three hard problems: (1) make the game feel responsive, (2) make the game accessible to players all over the world, and (3) make the game fair for all. We’ll continue to refine that balance as players engage with the Crucible in Destiny 2.

So what can we expect at launch?

Matt: We have a Beta coming up this summer that will be the first chance for players to get their hands on Destiny 2 and kick the tires on its networking. We have spent a bunch of time working on matchmaking, latency, and responsiveness, and we feel pretty good about it. As with everything we do, we'll be monitoring the situation after launch and reacting to the community's feedback.

Where interested in how this new server infrastructure will work in Destiny 2. What are your thoughts on this matter?

Destiny 2 is scheduled for a release on September 8 for consoles, while the PC version is expected to be released later on.

Destiny 2 Is 4K@30FPS On PS4 Pro Due To CPU Limitations; PC Version Might Not Release on September 8