Destiny 2 Cross Saving is Arriving Later This Month on August 21; Steam Linking to Kick off On August 20 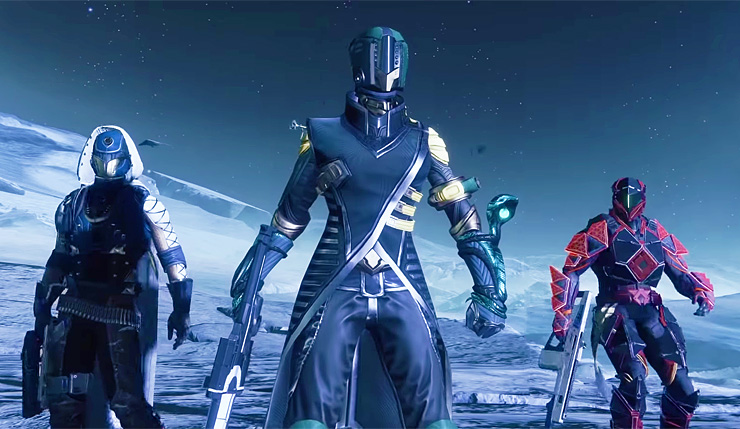 Bungie has announced that Destiny 2 cross saving and PC Steam account linking will be arriving later this month.

We already reported on Destiny 2 cross saving some months ago, and Bungie has now announced that the highly-requested feature will be arriving in a few weeks on August 21. According to Bungie, all platforms will be supported once it launches. For additional information on the new feature, we suggest reading Bungie’s official FAQ right here.

Also arriving in a few weeks is the option to link PC Steam accounts to Destiny 2 as Bungie will be moving the game to Steam. Bungie’s shooter will be arriving on Steam on October 1st, and ahead of this arrival, players will be invited to begin the process of linking PC player accounts for a smooth transition of Guardians and game purchases. For more information on the linking of Steam accounts, please reads Bungie’s official FAQ.

“As the PC version of Destiny moves to its new home, we'll be enabling you to move your current characters, gear, collections, and game purchases from Blizzard's Battle.net to Steam”, Bungie writes. “The process of linking your accounts will begin on August 20. This will give our PC Community plenty of time to get their Guardians sorted and ready for the new launch on October 1.”

Destiny 2 is available now for PC, PlayStation 4 and Xbox One.