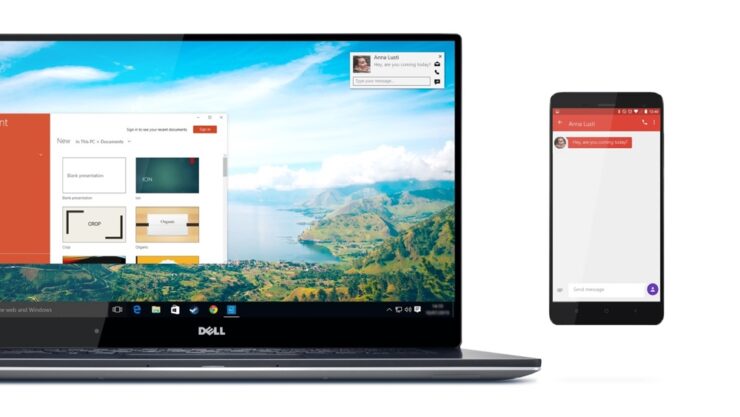 Dell has announced a new 'Mobile Connect' tool, allowing you to access your phone straight from your PC without any sort of complications.

Dell Wants You to Use Your Smartphone Straight from Your PC. But Will it Work in the Real World?

Pretty much everyone out there is trying to bridge the gap between a full-blown computer and a phone. Apple has done so by introducing features like Handoff and whatnot. Microsoft has thrown in a few features too, allowing Android users to send and receive text messages from Windows 10. But that's about it. There's really no major breakthrough here, other than a few tricks here and there.

Dell, however, believes that it has a full-blown solution to the 'gap' problem, and plans to bridge it using a new tool called Mobile Connect, exclusive to Dell users it seems.

Once Mobile Connect is installed at the factory (for free) on a Dell XPS, Alienware, Inspiron and Vostro, you can begin the pairing process using a free app on both iOS and Android. Your phone should be running at least iOS 10 or Android 5.0 in order to move forward. If you fulfill those requirements, you connect to your smartphone using WiFi Direct or Bluetooth. This is entirely secure as nothing happens online and everything works only when you are nearby your phone / computer.

Smart Connect allows you to make and receive phone calls, SMS or even use apps like Facebook, Twitter, Uber or whatnot. Basically, you don't have to touch your smartphone at all in order to get things done. Your PC turns into an all-in-one hub where you can get through serious productivity while completely ignoring your phone's physical presence, yet access what's on it regardless of what you're doing. This works while you're gaming too, so you can rest assured that you will never ever be distracted by your phone vibrating on your desk.

To learn more and how to get started immediately, head over to this link.