Hideo Kojima’s Death Stranding May Be About Space; Del Toro To Be Shown Gameplay Soon 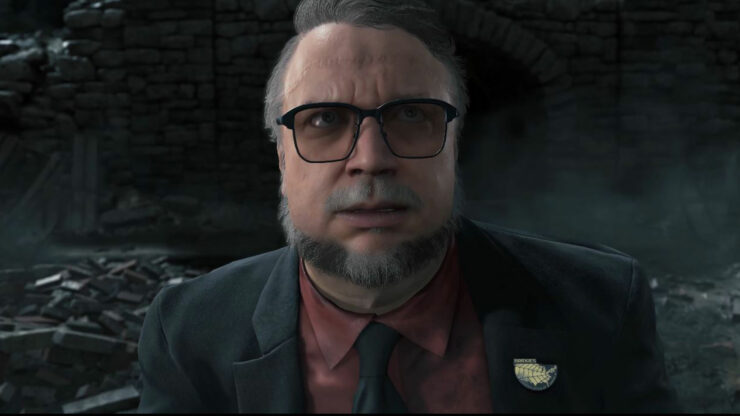 There's a lot we still have to learn about Death Stranding, Kojima Productions' next game currently in development for PlayStation 4, but Hideo Kojima himself may have dropped a big hint on one of the game's themes.

A few hours ago, the legendary game designer shared an image of the dog tags that the character played by Norman Reedus is wearing in one of the first trailers. The tags feature an astrophysics equation called the Schwarzschild radius, as noted by Reddit user falconbox, which may hint at some sort of space theme for the game.

The "thing" that Norman is wearing in DEATH STRANDING has been created based from CGI model data, material is titanium. This is still sample, checking to see whether to merchandise. pic.twitter.com/fdgOzeCzW9

The Schwarzschild radius (sometimes historically referred to as the gravitational radius) is the radius of a sphere such that, if all the mass of an object were to be compressed within that sphere, the escape velocity from the surface of the sphere would equal the speed of light. If a stellar remnant were to collapse to or below this radius, light could not escape and the object is no longer directly visible outside, thereby forming a black hole. It is a characteristic radius associated with every quantity of mass. The Schwarzschild radius was named after the German astronomer Karl Schwarzschild, who calculated this exact solution for the theory of general relativity in 1916.

On a related note, it seems like work on the game is proceeding well. Speaking with IGN, Guillermo del Toro, who's also involved in the game in some capacity, revealed that he will be shown some gameplay in the next couple of weeks.

In Death Stranding I’m just a puppet. I don’t know what he’s gonna make me do. He’s supposedly going to show me the gameplay at some point in the next couple of weeks.

Death Stranding will release on a yet to be confirmed release date on PlayStation 4, with a PC release to be released after the game is launched on Sony's console.