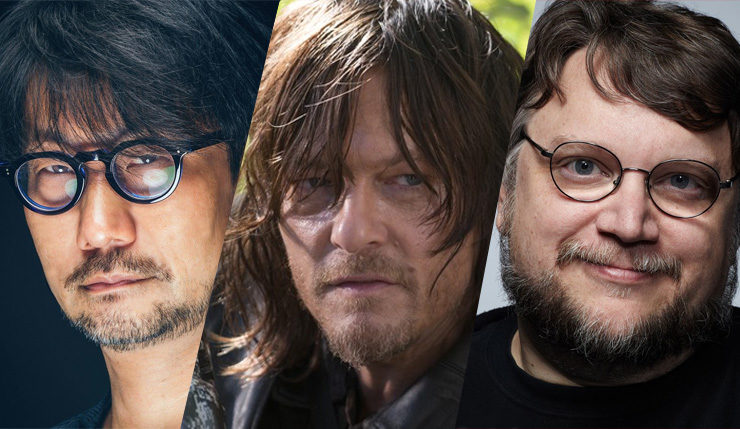 The Game Awards 2017 pops off later this week, and it seems likely we already know what the show’s big headline reveal will be. The Geoff Keighley-produced broadcast will feature Hideo Kojima, The Walking Dead’s Norman Reedus, and Hellboy and Pacific Rim director Guillermo del Toro as presenters, which makes it all but a lock Kojima’s Death Stranding will have a significant presence at the show. The Game Awards announced the three presenters in a series of tweets.

He's a legend of the game: @HIDEO_KOJIMA_EN live on stage at #TheGameAwards on Thursday night! pic.twitter.com/fn1vQqIu4D

Hideo Kojima and The Game Awards have a bit of a history – the legendary designer was supposed to accept an award for Metal Gear Solid V in 2015, but a vengeful Konami barred him from the show. Kojima managed to attend in 2016, dropping a Death Stranding trailer featuring Mads Mikkelsen and Guillermo del Toro. What might Kojima reveal at this year’s show? A new trailer? Another big-name cast member? Release details? Heck, let’s hope it’s all of the above!

Geoff Keighley has been shoveling coal into The Game Awards hype train over the past few days, teasing 12 to 14 “world premieres” (the show’s fancy name for new trailers). An additional three to four trailers will be revealed during the preshow. In a recent Q&A, Keighley was slightly ambiguous about what level of games will be joining Death Stranding at the show…

"Everybody has a different opinion of what a 'triple-A' game is. We have some really cool surprises and new game announcements that will happen at the show. Up to you to decide if they are triple-A, megaton level, or whatever you're expecting."

The Game Awards 2017 takes place this Thursday (December 7) at 5:30 pm PT. You can watch on YouTube, Twitch, and several other streaming platforms, or directly through your Xbox One or PS4.