So the Dead Space 2 Demo rolled out on PSN yesterday and it was a whooping 1.3GB of download, but in the end I can just say that Issac's latest adventures is definitely worth every byte. 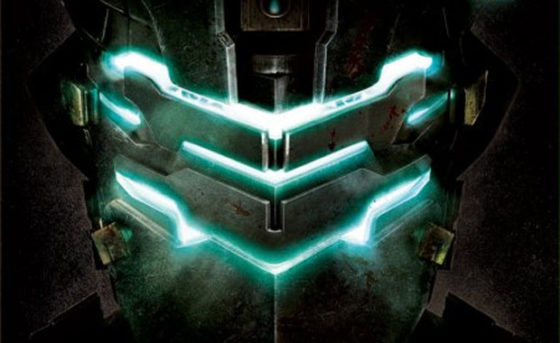 Dead Space 2 is releasing 25/1/2011 and EA was generous enough to share the E3 demo with the public (Well mainly the XBOX 360 and PS3 community) although the Demo lasted about 10 minutes and missed a GREAT PART of the E3 demo it was still a thrill ride.

You start off with Issac's basic suit from Dead Space with 4 weapons already in your inventory; The Pulse Rifle, Line Cutter, The legendary Plasma Cutter and the new toy for playing with a KICK ASS NAIL GUN 😀 the controls are a little different. L1 + Triangle is the stasis button and L1 + Square is reload, while L1 + Circle is still the button for kinesis getting used to the new button scheme was a bit hard.

You now open your RIG with the SELECT button and aside from this and the other 2 above mentioned button changes nothing new is in the controls.

Dead Space 1 threw us in the middle of a huge plot with very little answers to many questions, so here is how it is.

Dead Space basically tells about the future when Earth has been depleted of resources such as Oil, Coal and other sources of Energy so everyone gets aboard these space stations and live life in space. There are giant ships called "Planet Crackers" which go from planet to planet extracting its resources for the colony. The biggest ship being the U.S.G Ishimura stumbles upon a planet called "Aegis 7" and that's where things go to the Dead Space 1 story.

The story follows the ending of Dead Space 1, (I should tell you RIGHT NOW that the sequence at the beginning of the game has MAJOR spoilers of the first game, so if you want to keep your self spoiler free you should keep away from the Demo) Issac is on a Space station called the "Sprawl" which is on orbit around Saturn. Issac is being treated for the series of unfortunate events that happened to him aboard the U.S.G Ishimura and upon waking up he is still haunted by everything he saw, Although you will not play from this particular point in the story you will instead play at somewhere along 25% of the game or so.

So far the game has only told the name of one female character, she only contacts you a couple of times during the demo. While Issac now responds and even contacts the others this is a great improvement and really makes the game experience much better overall. In Dead Space 1 when he pulled a Gordon Freeman it really made me tick but this time Issac will definitely talk back when given ridiculous orders.

The game play is definitely the same as the original Dead Space with the exception of free roam flying in Zero Gravity, in Dead Space 1 you could only jump from point A to B by aiming at it but in the demo you can do free flying by pressing L3 during Zero Gravity. There are some great improvements to the Necromorphs by the way, the lurkers (the babies?) are no longer quadraped crawlers and are now capable of walking but aside from walking they will now attack in a pack, this is where I found the line cutter to be MOST useful and we see the return of the same Necromorphs from the previous Dead Space game.

The one complaint I had of the demo was that they cut out the brute fight COMPLETELY, the Demo ended right at the place where Issac is in a room and the windows get shot and Issac opens a grate in the floor to escape to the lower parts of the facility to avoid being sucked out into space. The Brute fight would have been WELL WORTH the demo as that was the high point in the E3 Demo for me.

Considering Dead Space was released back in 2008 the graphics are SIGNIFICANTLY improved, Issac's suit looks amazing, the blood and textures of the necromorphs is MUCH better now not to mention that the game has better lighting details so that Issac's suit reacts when under different lighting conditions and the demo ran at a native resolution of 720p.

(The photographs were taken from my cellphone because I lack a capture card will improve quality in the future but for now bare the shots, they aren't half bad :D)