Did someone just kick start the E3 already? Likely because new official video game announcements are everywhere on the internet. Here is another great news that will surely cheer up all PC gamers. Capcom has officially confirmed that Dead Rising 3, its famous and well-adapted survival horror video game, is coming to Microsoft Windows this summer. The developer released a brand new E3 trailer and some screenshots of the game to celebrate the announcement. 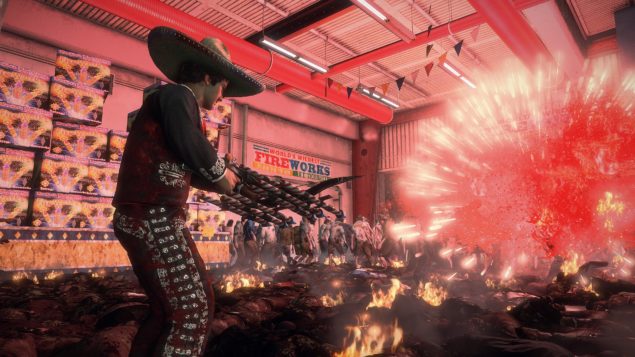 Released originally as the Xbox One exclusive launch title, Dead Rising 3 is one of the most famous next-gen video games. The game sold more than one million copies only on one platform and it ranks among top next-gen launch titles. Following the success of the game, Capcom, the developer of the game, has now officially announced that PC gamers will also soon be able to enjoy some zombie slashing.

Confirming the Dead Rising 3 PC port, the Japanese video game developer mentioned that the upcoming PC version of the game will include upgraded textures and in-game environments. The game will be available on Steam, this means that it will have complete Steam support, including Steam Cloud, Steam Achievements, leaderboard, Trading Cards, and even controller support, in case you don't like crushing zombies with traditional keyboard and mouse. The first Dead Rising 3 PC E3 trailer released by Capcom is shared below.

Dead Rising 3 on PC will come with fully optimized visuals for wide screen monitors. PC gamers will be able to enjoy ultra resolutions with upgraded textures for in-game characters, backgrounds and objects. Capcom also released the minimum and recommended system requirements for the game which show that you might need some serious hardware power to run this on your PC. Surely, running the game on full ultra high settings or on 4K resolution will require even more potential.

Showing off some zombie killing, the developer also released some Dead Rising 3 screenshots from the newly announced upcoming PC version of the game. This first set of full HD 1080p screenshots can be seen in the gallery below.