DayZ Xbox One has appeared on the official Xbox Store and features Xbox One X enhancements.

Back in February of this year we reported on the arrival of the online zombie survival game for Microsoft’s console later this year. The game’s developer, Bohemia Interactive, later confirmed that that the game will run at 50-60 FPS in 1080p on Xbox One X, and that they plan to support 4K@30 FPS on the enhanced Xbox One console.

A launch date for DayZ on Xbox wasn’t provided, but as the game has now surfaced on the official Xbox Store, a release seems to be imminent. 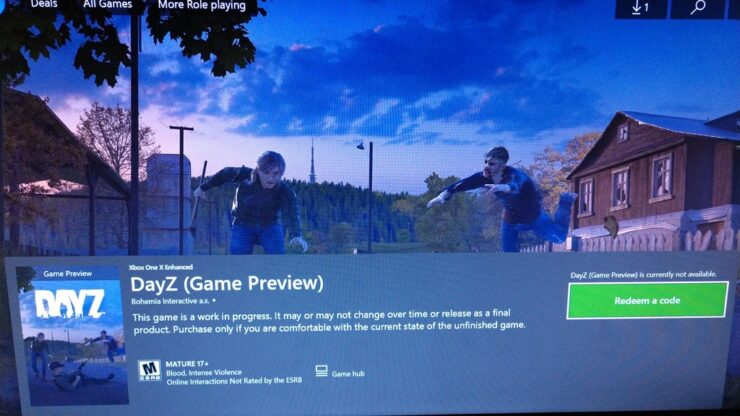 The listing on the store mentions Xbox One X enhancements, and is said to support "4K Ultra HD". Further details are absent for the moment, but we’ll keep you posted as soon as we learn more about DayZ for Xbox One.

We’ve included a short description for DayZ down below:

DayZ is a gritty, authentic, open-world survival horror hybrid-MMO game, in which players follow a single goal: to survive in the harsh post-apocalyptic landscape as long as they can. Players can experience powerful events and emotions arising from the ever-evolving emergent gameplay. There are no superficial tips, waypoints, built in tutorials or help given to players. Every decision matters, there are no save games, no extra lives, every mistake can be lethal. More information about DayZ is available at www.dayzgame.com.