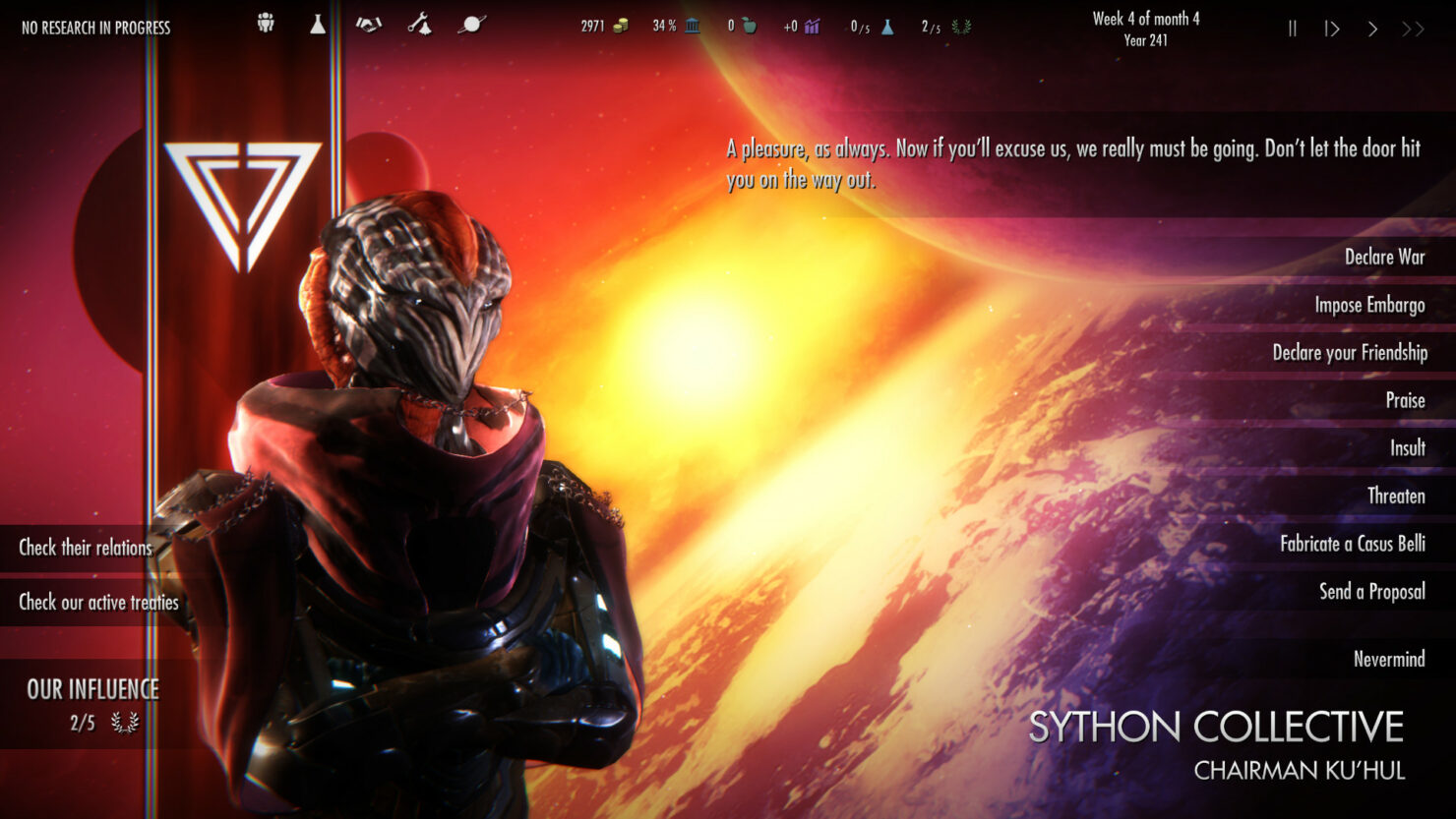 Dawn of Andromeda allows players to explore the galaxy's hidden dangers as they come across strange new worlds and civilizations.

Here's what you can expect to find in the Early Access build of Dawn of Andromeda according to the press release:

Mike Domingues, lead developer at Greywolf Entertainment, talks about the next step for Dawn of Andromeda:

We are delighted to finally have arrived at a point where we feel we are ready to show Dawn of Andromeda to the world. The journey isn’t over yet, and we are eagerly waiting for feedback from a wider audience to make sure we release the best game possible.

Dawn of Andromeda is now available on Steam Early Access at $24.99.