Namco Bandai has released the first gameplay trailer of Dark Souls 3, showcasing some of the environments and enemies that the third iteration of the popular franchise has in store.

Namco Bandai announced a few days ago that Dark Souls 3 will be playable at Gamescom 2015 for the first time.

“Gamescom is THE event you need to attend if you are a videogame fan or professional. As always, this is a great opportunity for BANDAI NAMCO Entertainment Europe to make sure that we are perfectly aligned with our fans’ expectations and to unveil new details on some of the most-awaited games. All of our Manga and Anime fans will be delighted to discover brand new content for the future hit NARUTO SHIPPUDEN: Ultimate Ninja STORM 4 and let’s not forget the players out there who are looking to get their hands on the next epic adventure with DARK SOULS III.” 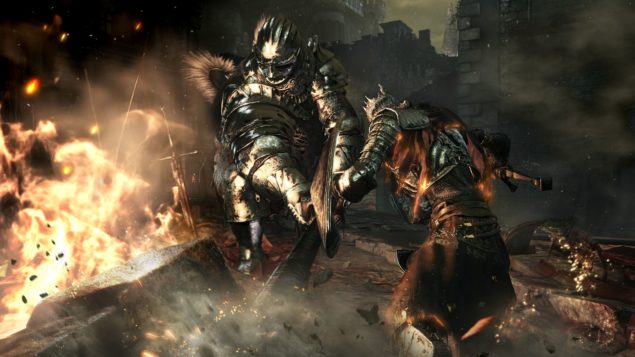 Dark Souls 3 will release on Xbox One, PlayStation 4 and PC early 2016. We will bring you any new information on Dark Souls III as soon as it becomes available.