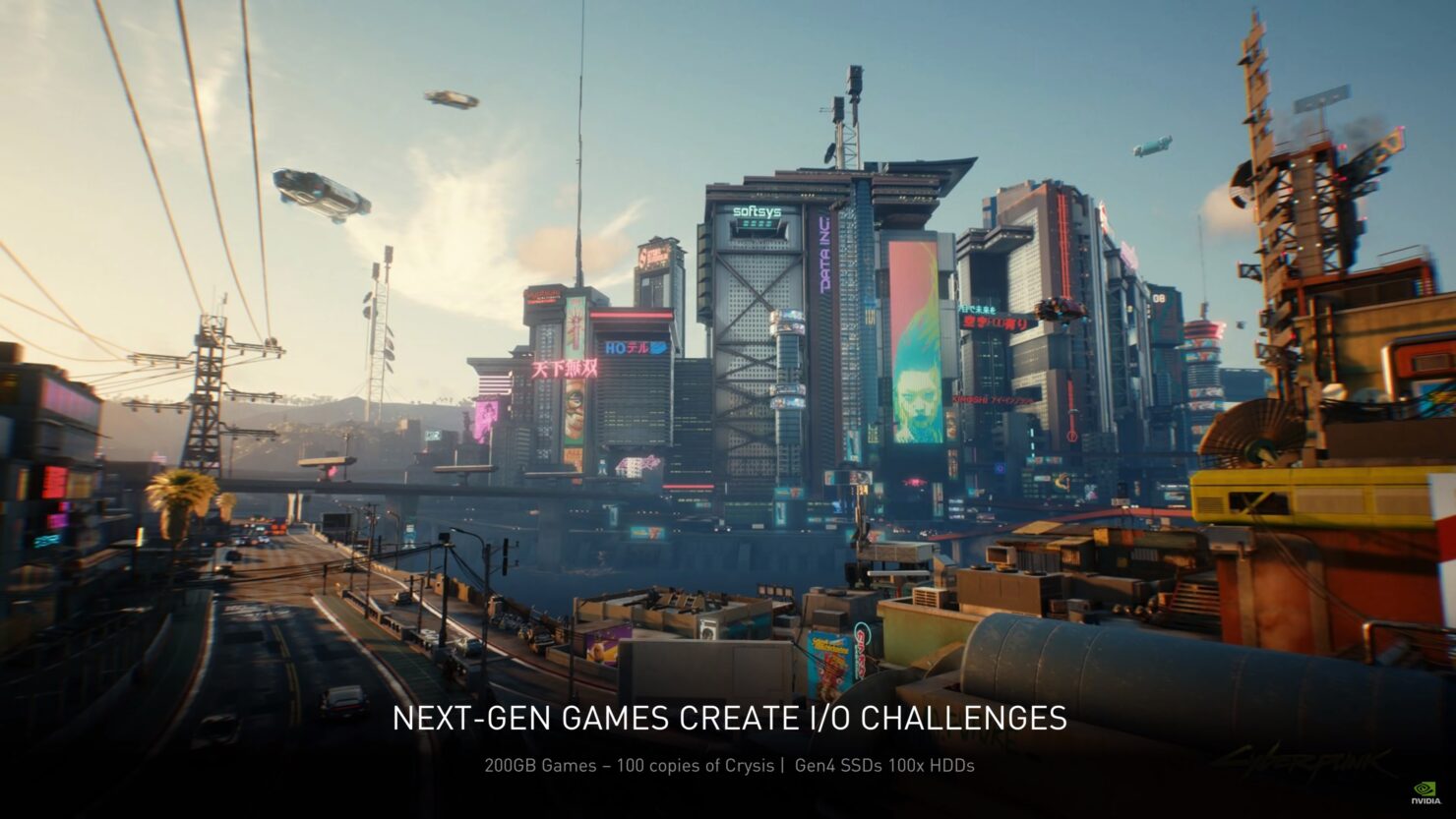 Cyberpunk 2077 got showcased once again yesterday during the GeForce RTX 3000 reveal event. Fans were able to check out a stunning new trailer that showcased the ray-traced effects chosen by the developers (Diffuse Illumination, Reflections, Shadows, and Ambient Occlusion).

Cyberpunk 2077 is a technologically advanced game capable of generating marvelous visuals. It also boldly spearheads the future of real-time graphics by taking advantage of GeForce RTX 30 Series’ 2nd generation ray tracing and the advanced AI of NVIDIA DLSS. Simulated reflections, lifelike shadows, and true-to-form diffuse illumination and ambient occlusion -- they all make my heart beat faster and I hope everyone will share that feeling when the game's out in November.

However, when NVIDIA CEO Jensen Huang went on to announce the RTX IO suite of technologies (more on that in this article), he used a slide mentioning the problems of game sizes now reaching around 200GB, and the slide featured a Cyberpunk 2077 screenshot.

That might have led some to believe this would actually be the hard drive space needed to install the game. Thankfully, CD PROJEKT RED's Community Coordinator Marcin Momot was quick to debunk this speculation earlier this morning with a brief tweet, where he also announced that the PC system requirements for the game are inbound.

While the Cyberpunk 2077 system requirements are not out yet (they are coming soon, though!), I wanted to address this topic from reddit. The game won't take up 200GB when installed. You can expect the required HDD space to be on par with other modern titles.

Chances are the highly anticipated first-person open world roleplaying game will occupy at least 100GB, though. Anyway, we should know the official figure soon enough.

Cyberpunk 2077 is set to release on November 19th for PC, PlayStation 4 and Xbox One.