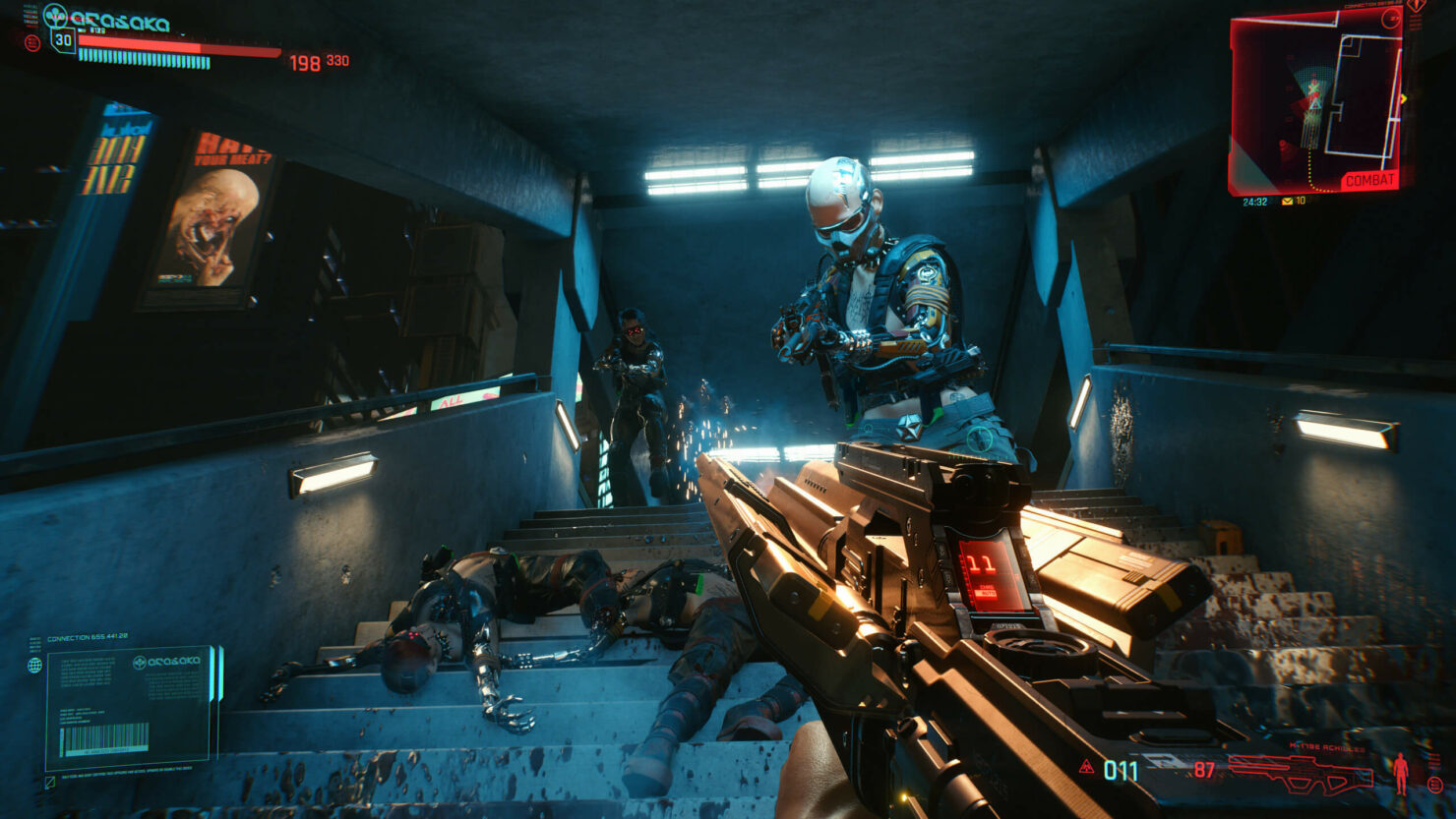 A new Cyberpunk 2077 that has been released online this week aims to make combat more interesting by introducing a new mechanic.

The goal of the mod is to make combat more exciting and unpredictable. Constantly changing weapons will keep you on your toes and force you to approach every encounter in a different way. Customize the timer settings and fine tune the stats for the weapons that will spawn to transform the gameplay into a unique/challenging experience.

As Cyberpunk 2077 is not a particularly challenging game, even at the hardest difficulty setting, this mod is particularly welcome. You can download it right now from Nexus Mods.

There aren't a whole lot of Cyberpunk 2077 gameplay mods as of now, but the ones that are out are quite interesting. Earlier this week, a new mod that attempts to improve police behavior has been released online, introducing motorcycle chases.

Cyberpunk 2077 is now available on PC, PlayStation 4, Xbox One, and Stadia. The PlayStation 5, Xbox Series X, and Series S versions will be released later this year.