A bunch of new screenshots have emerged online for Cyberpunk 2077, the upcoming RPG in development by CD Projekt Red for PS4, Xbox One and PC.

The new screenshots have come from a surprising source, the latest issues of Japanese magazine Famitsu. The screenshots focus on the Yaiba Kusanagi bike that players will be able to ride in the game to travel from one point to the another in Night City.

High quality screenshots have yet to be released, but you can check out a magazine scan right below. 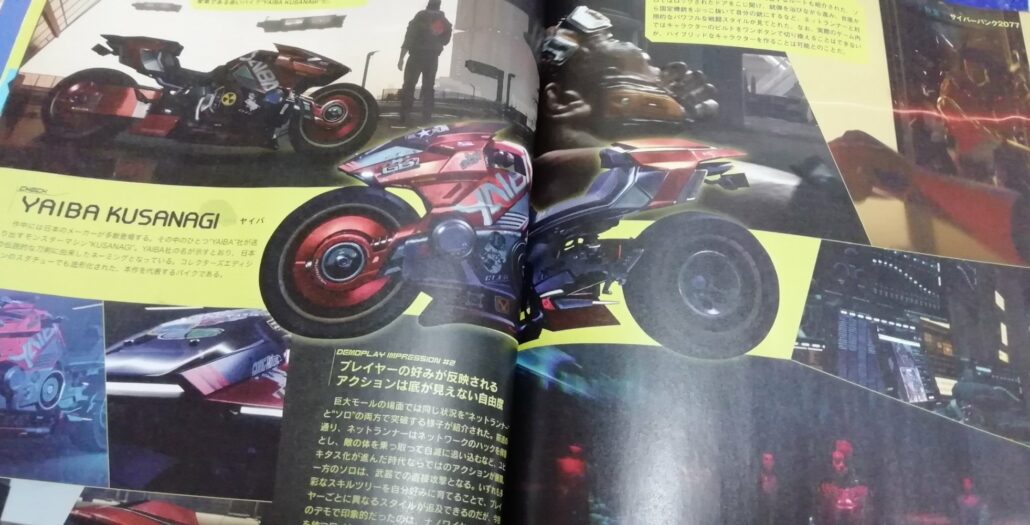 Earlier this week, Cyberpunk 2077 lead quest designer Pawel Sasko talked more about features we should expect to see in the game, such as New Game Plus mode.

Your question is about gameplay (character progression), [which] is something we are still working on. So, it may change in time, as we are looking for the best formula for the game. Most likely, it won’t be possible to max out everything on one playthrough, as it would [make] little sense to have a game that is about replayability and choice, while [at] the same time [allowing] the players to max out all stats on the first run. I hope that answers your question.