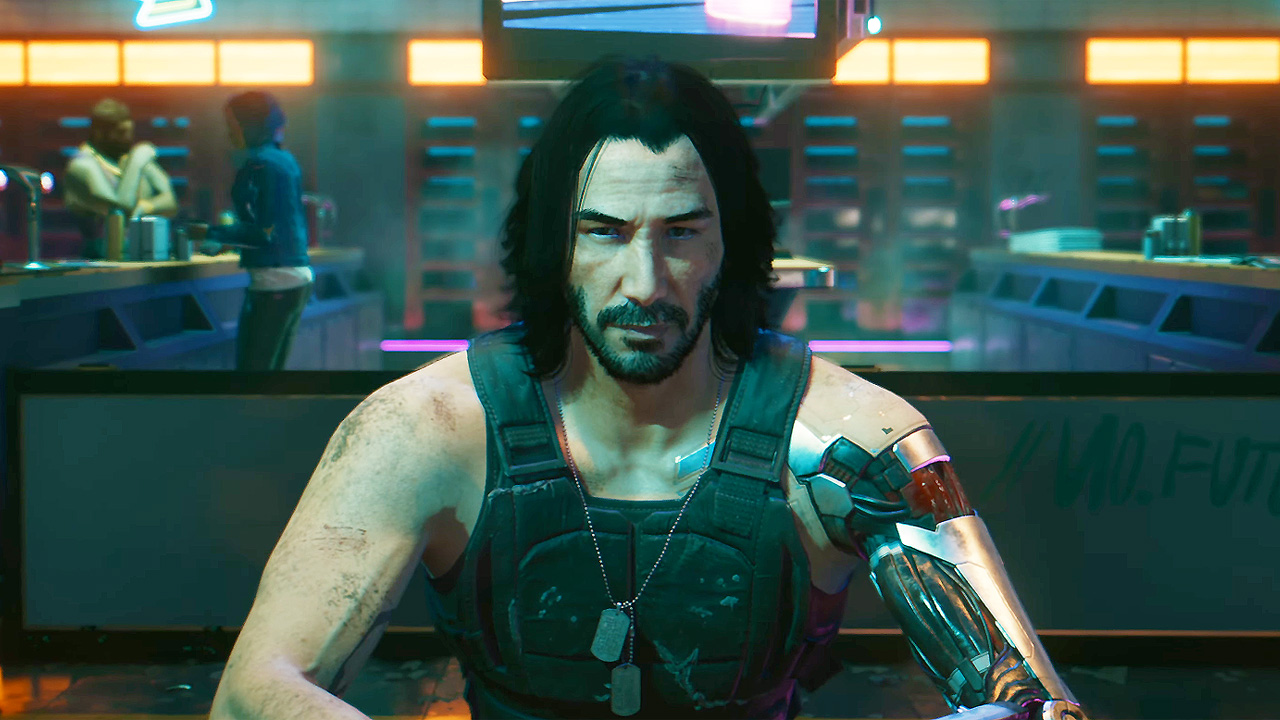 CD Projekt Red just dropped their latest Night City Wire show, the last before the launch of Cyberpunk 2077 in December, and it includes a ton of new gameplay footage, as well as details about Johnny Silverhand’s role in the story, the game’s soundtrack, and more. You can check out the full Night City Wire livestream right here, provided you have around 30 minutes to spare.

A big focus of this Night City Wire is Johnny Silverhand, as played by Keanu Reeves. Some have wondered how big Silverhand’s role will actually be – is Keanu just making a glorified cameo? Apparently, that’s not the case. According to Cyberpunk 2077’s English-language writer Borys Pugacz-Muraszkiewicz, Johnny Silverhand is essentially a second protagonist, who will drive the plot forward in important ways. Overall, the amount of voice acting and motion capture Keanu did was the equivalent of several full movies. You can check out the new Johnny Silverhand trailer, below.

And here’s a look at Keanu doing motion capture…

CD Projekt Red also provided some new details about the game’s 90s-inspired score and some of the 100-plus tunes you’ll find on the game’s soundtrack from artists like Run the Jewels, Grimes, and Gazelle Twin. You can also check out a free six-track preview of the game's soundtrack on Spotify and other music streaming services.

Finally, we have one more Cyberpunk 2077 gameplay trailer. This one provides a general overview of the game for those who haven’t been keeping up, but it’s still worth a watch as it provides a peek a lot of new areas, characters, and moments we haven’t seen before.

Cyberpunk 2077 launches on PC, Xbox One, and PS4 on December 10, and can be played on Xbox Series X/S and PS5 via backward compatibility. Full next-gen upgrades are coming in 2021. So, now that the final Night City Wire is in the bag and the hype train is almost at the station, what do you think? Still excited for Cyberpunk 2077 or has your enthusiasm waned?