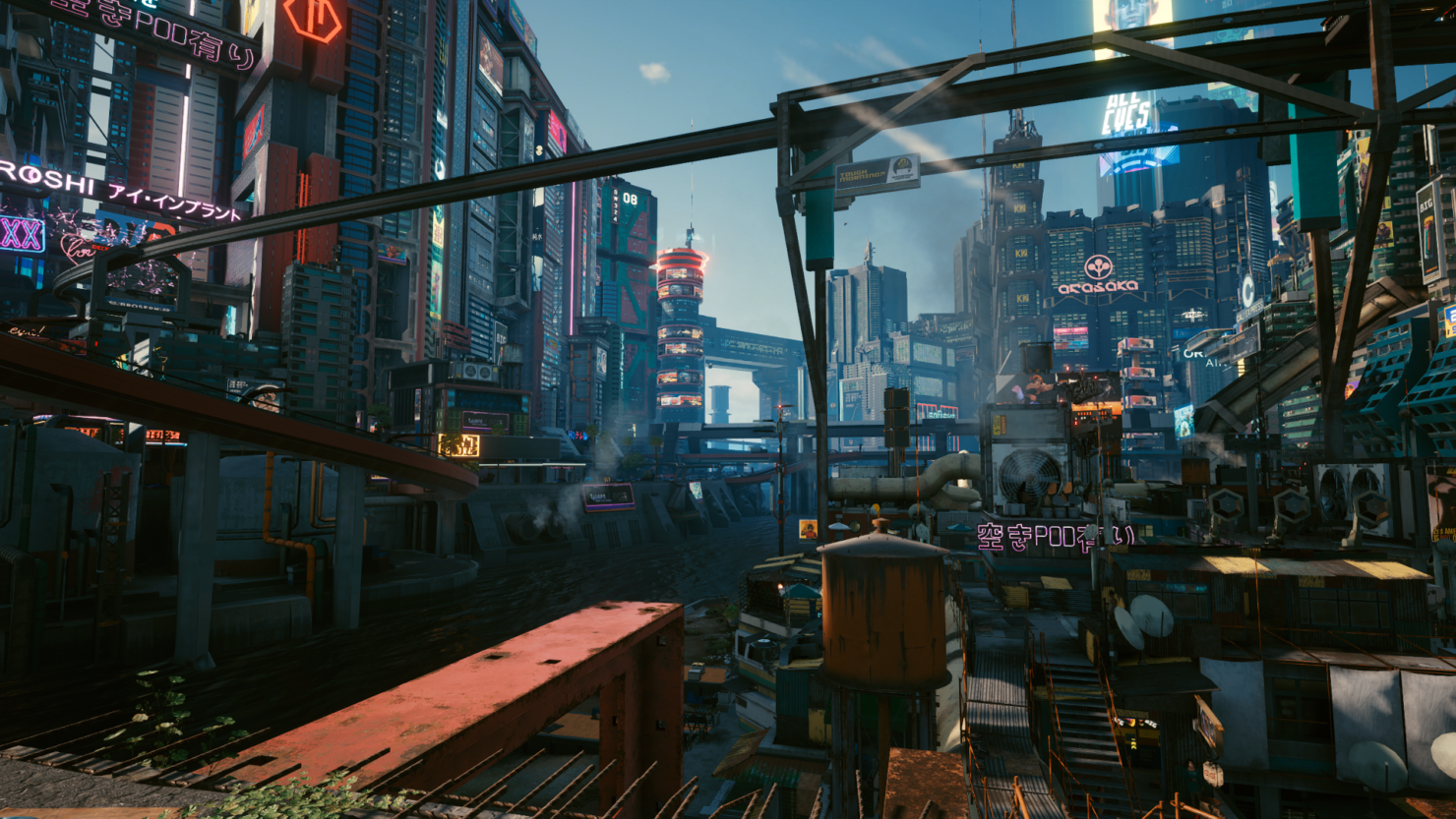 A new Cyberpunk 2077 mod that has been released online today removed the forced sharpening filter that has been introduced in the game shortly after release.

By removing the filer, the Forced Sharpening Removal mod can improve visual quality for textures, especially for character textures. You can check out two comparison screenshots here and here.

This mod does what it says on the tin. If you don't mind sharpening, using the NVIDIA or AMD built-in driver sharpening will produce a better result than the game.

To install, drop the archive folder onto your Cyberpunk 2077 folder.

If you're curious about this, read on. Patch 1.04 added a forced sharpening filter to the game, likely as a result to offset the blurriness caused by the low dynamic resolution on console. On PC, or even console, this effect should be optional. It isn't, and the end result doesn't often look great. Refer to this CDPR forums thread to see what I'm talking about.

This mod makes changes to an .env file, that file being "cp2077_master_env_v008_m8", and if any other mod touches this file, it won't be compatible with this mod. The changes made by this mod would have to be repeated in a conflicting mod. As of right now, I do not know of any mods that make changes to this file.

The Cyberpunk 2077 Forced Sharpening Removal mod can be downloaded from Nexus Mods.