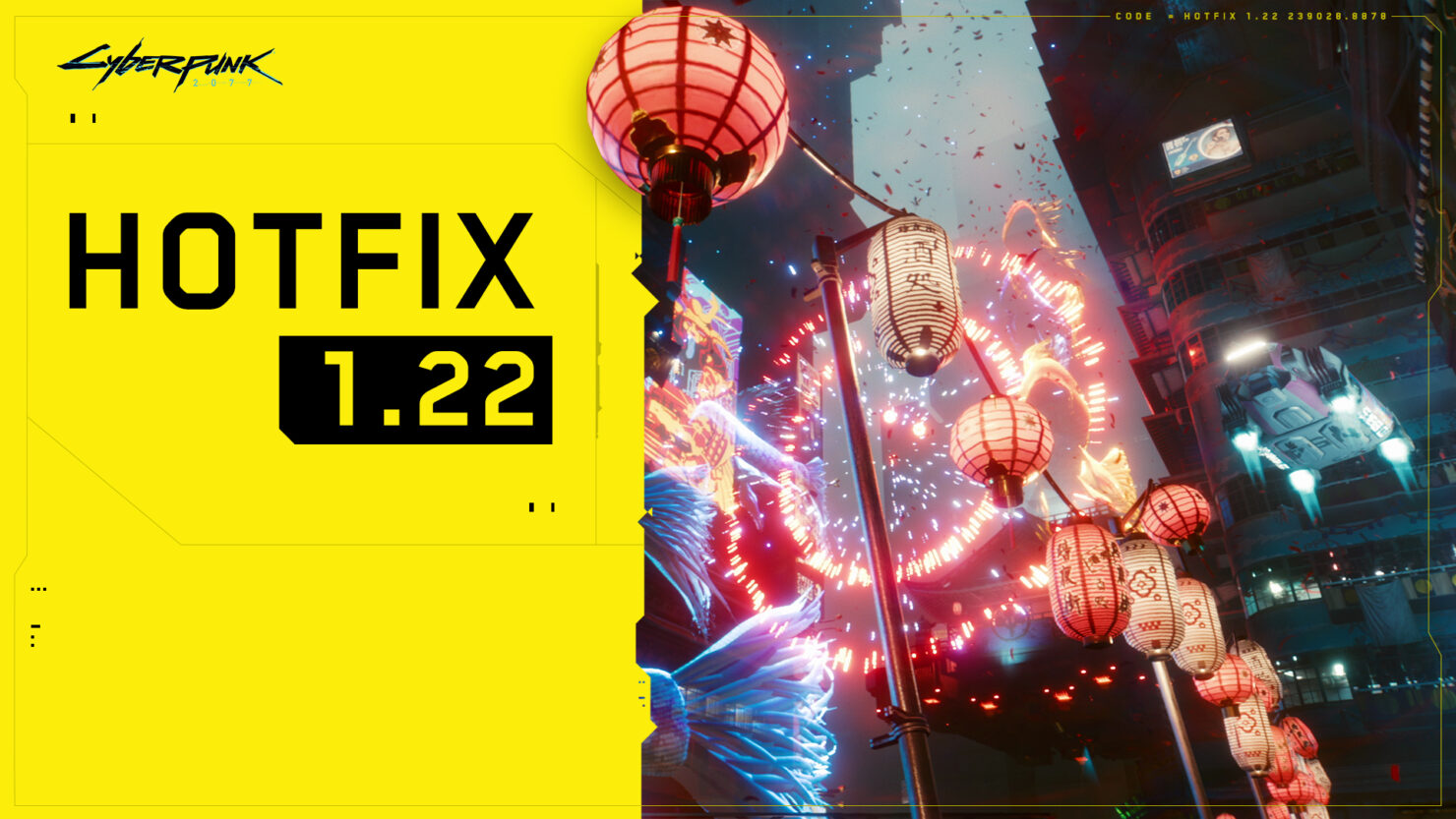 A new Cyberpunk 2077 hotfix is now live on PC and consoles, introducing fixes for gameplay and visual issues, performance improvements, and more.

The 1.22 hotfix packs some quests, open world, and visual fixes for the most common issues that have been reported since the previous update.

The Cyberpunk 2077 1.22 hotfix also features memory management improvements that should reduce the number of crashes as well as other optimizations on consoles that should lead to improved performance.

Cyberpunk 2077 is now available on PC, PlayStation 4, Xbox One, and Google Stadia worldwide. The game willò launch on current-gen consoles later this year.