With E3 2019 now decidedly in the rearview mirror, it's time to analyze how the games and game publishers did on social media buzz this year.

The folks at Synthesio, an Ipsos Company whose social media intelligence suite tracks the biggest platforms to provide valuable audience insights, kindly shared their E3 2019 report with Wccftech. Let's begin with games, which are after all at the very core of E3. 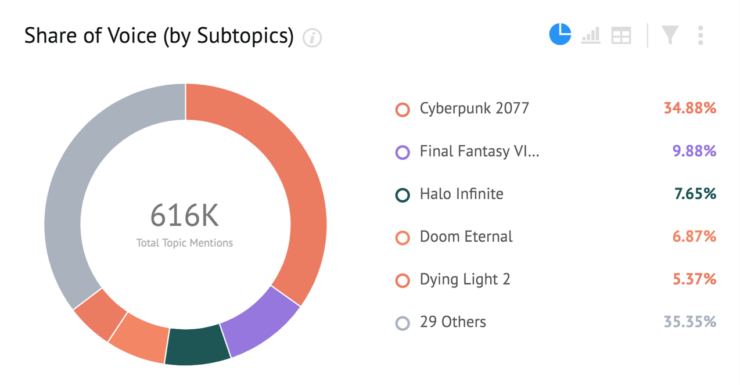 However, not everything in the Synthesio report is perfectly rosy for the upcoming epic first-person action RPG by CD Projekt RED. Synthesio also ranked the top five videogames according to the custom 'Social Reputation Score' or SRS. This scores a brand (a videogame, in this case) based on three criteria: the volume of mentions, the sentiment of said mentions and the influence/reach of the mentions. According to Synthesio, SRS is usually a metric for customer satisfaction and industry benchmarking. 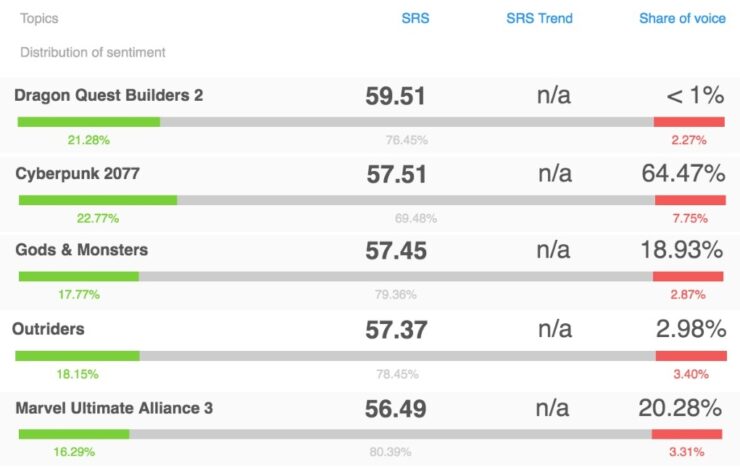 Surprisingly enough, Cyberpunk 2077 didn't come out on top in this category as you can seen in the above slide. That's mostly due to a tiny bit of negative sentiment (7.75% of the overall mentions), while Dragon Quest Builders 2 unexpectedly blazed far ahead of the competition with an almost entirely positive sentiment (only 2.27% negative sentiment) tracked on social media channels. The game's E3 2019 SRS score very narrowly managed to beat that of Ubisoft's new The Legend of Zelda: Breath of the Wild-like Gods and Monsters game, with Outriders from People Can Fly taking the fourth spot and Marvel Ultimate Alliance 3: The Black Order, due next month exclusively for Nintendo Switch, rounding up the SRS top five chart. 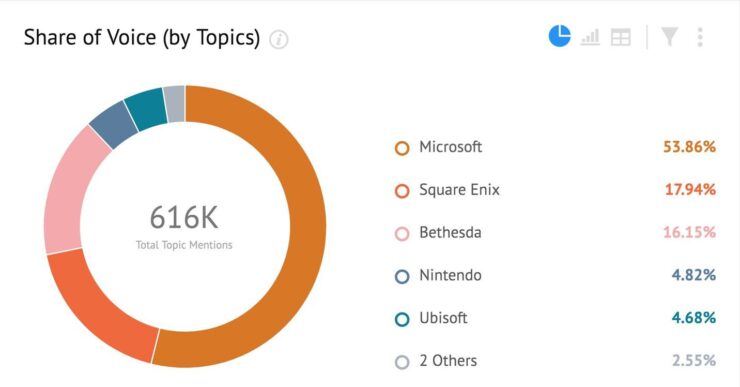 With regards to game companies, Microsoft was far and head the most discussed one with almost 54% of all online mentions. Square Enix, which had a strong pre-E3 showcase this year, managed to beat Bethesda (17% vs 16%), while Nintendo and Ubisoft both close up the chart with 4% each of the mentions.

For some interesting figures on who voiced their opinion for E3 2019 topics, 80% of posts were from males and 20% from females. By far the most posters were from the 18-25 (the largest) or 25-35 age categories.