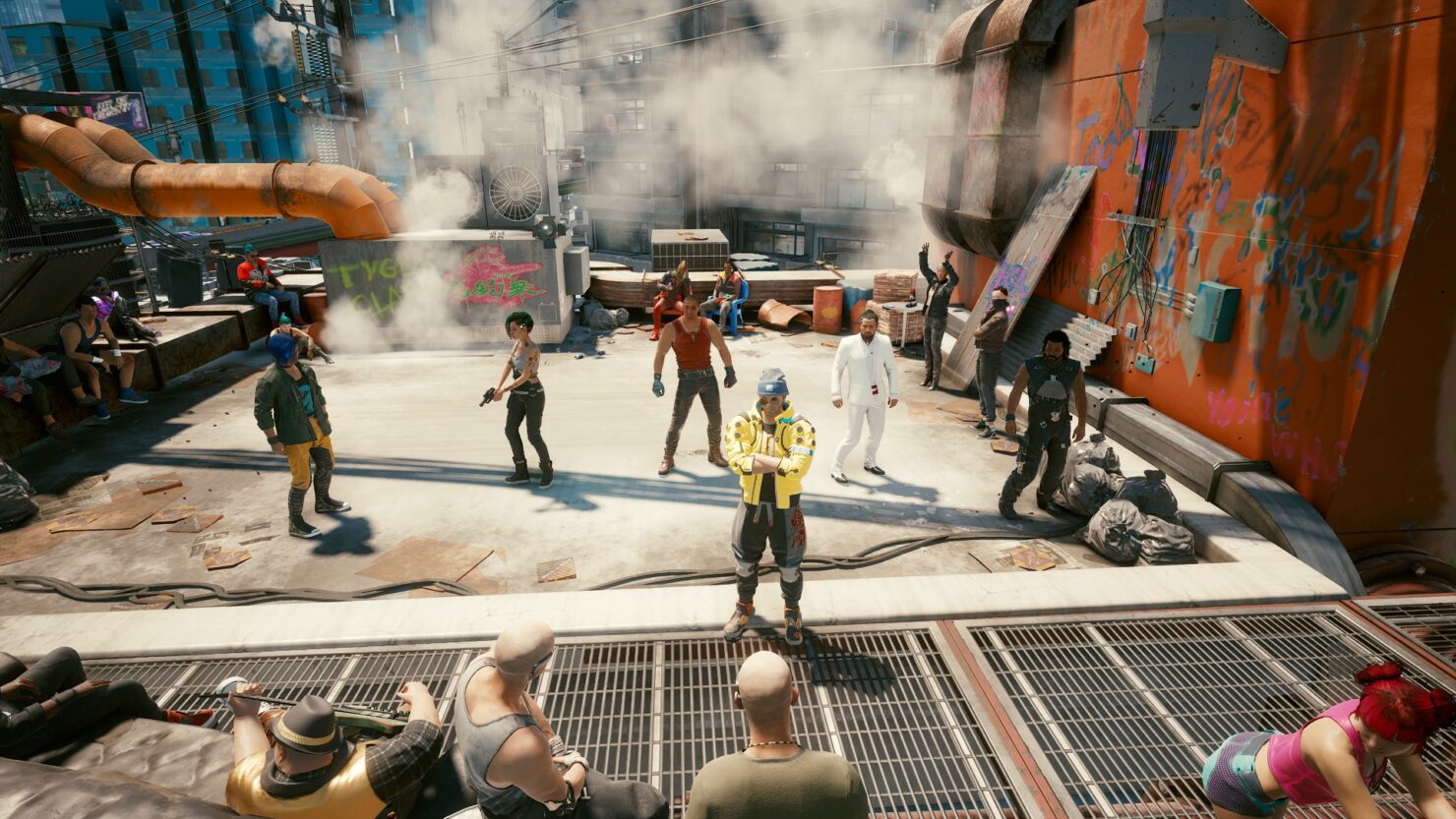 A new Cyberpunk 2077 modded game save that has been shared online a few days ago adds multiple companions that will follow V and fight with him.

The Judy-River-Saul-Takemura Companion Game Save, created by SiJiaoCunDeDaZhuangJi, makes Judy, River, Saul, and Takemura follow V around Night City. Of these companions, Saul is the only one that follows V if fast travel is used. All the others will wait for V at the station used for fast traveling.

You can download the Cyberpunk 2077 modded game save from Nexus Mods.

Saul will follow you even if you teleport.  (i.e. you cannot get rid of him by teleport)
Judy, River and Takemura won't. They will stay at the very place where you use teleport station. But they won't dissappear so you can go back there and pick them up later (maybe with your car, for convenience). I personally would prefer leave them at V's apartment when i don't need their companions.

To keep them following you, some main/side jobs would/should remain stuck. Thus, if you want one of them stop following, just go to the corresponding mission spot and finish the mission:

Judy: Ex-factor (side job)
River: I fought the law (side job)
Saul: Riders on the storm (side job)
Takemura: Room 303 (main job)

This save is just for fun.
Lvl.50 and all skills maxed out.
Male V with a somewhat Geralt-like appearance.

Cyberpunk 2077 is now available on PC, PlayStation 4, Xbox One, and Google Stadia. The game will finally hit PlayStation 5, Xbox Series X, and Xbox Series S in the second half of 2021, as announced yesterday by CD Projekt Red.

For those who are playing the game on next-gen consoles via backwards compatibility, we are planning the free, next-gen update for Cyberpunk 2077 on Xbox Series consoles, and PlayStation 5, this year. We’re aiming for the second half of the year and we’ll reveal more when we have more to share.