The full Cyberpunk 2077 map has leaked online, giving us a better idea of the size of the various areas found inside Night City and right outside it.

The full map that has leaked online today is a physical map that is included in the game's physical release. While it is certainly smaller than The Witcher 3's map, density and verticality will definitely make a difference. 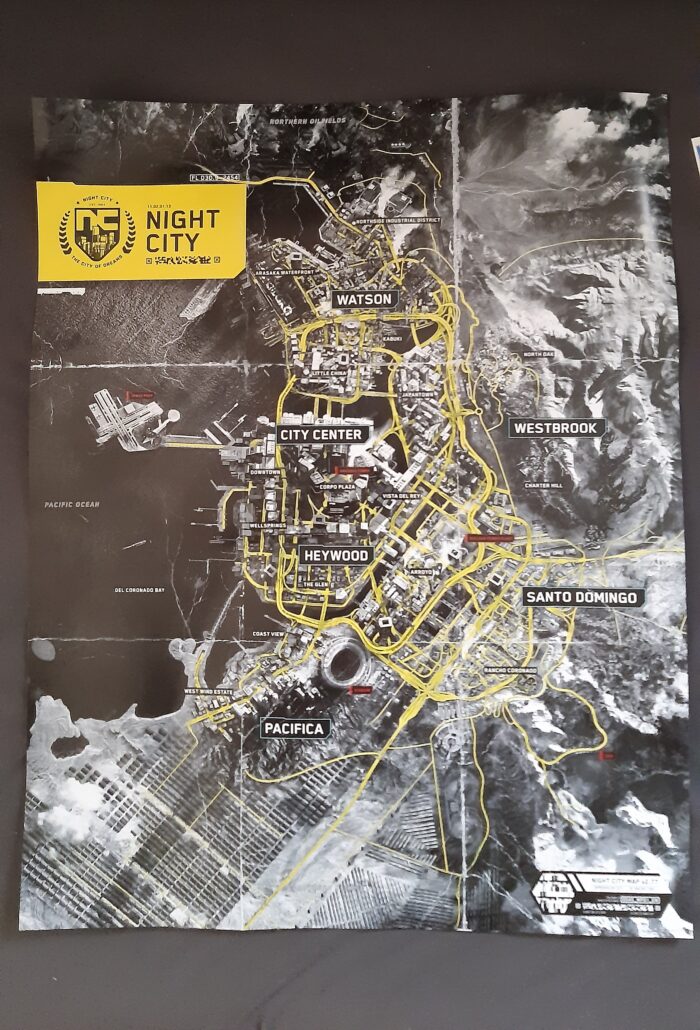 A set of Cyberpunk 2077 postcards, which are also included in the game's physical release, has also leaked online. You can take a look at them below. 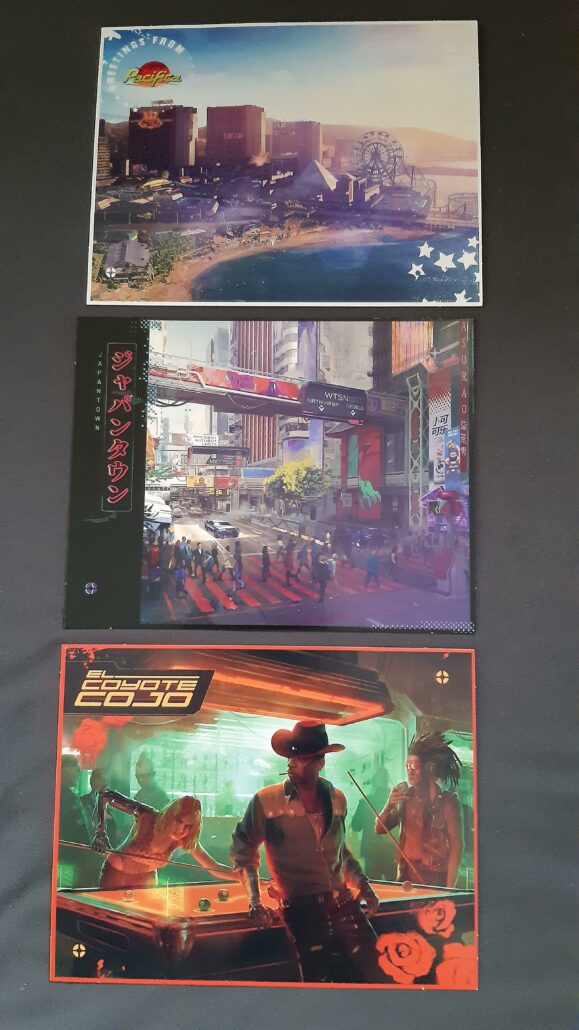 Verticality in Cyberpunk 2077 has been discussed multiple times in the past few months.  Last year, Senior Concept Artist and Coordinator Marthe Jonkers talked about how improved verticality opened up some additional possibilities not available in The Witcher 3.

Cyberpunk 2077 launches on November 19th on PC, PlayStation 4, and Xbox One.