All Cyberpunk 2077 Cutscenes Will Reportedly Be in First-Person; Including the ‘Naughty’ Ones 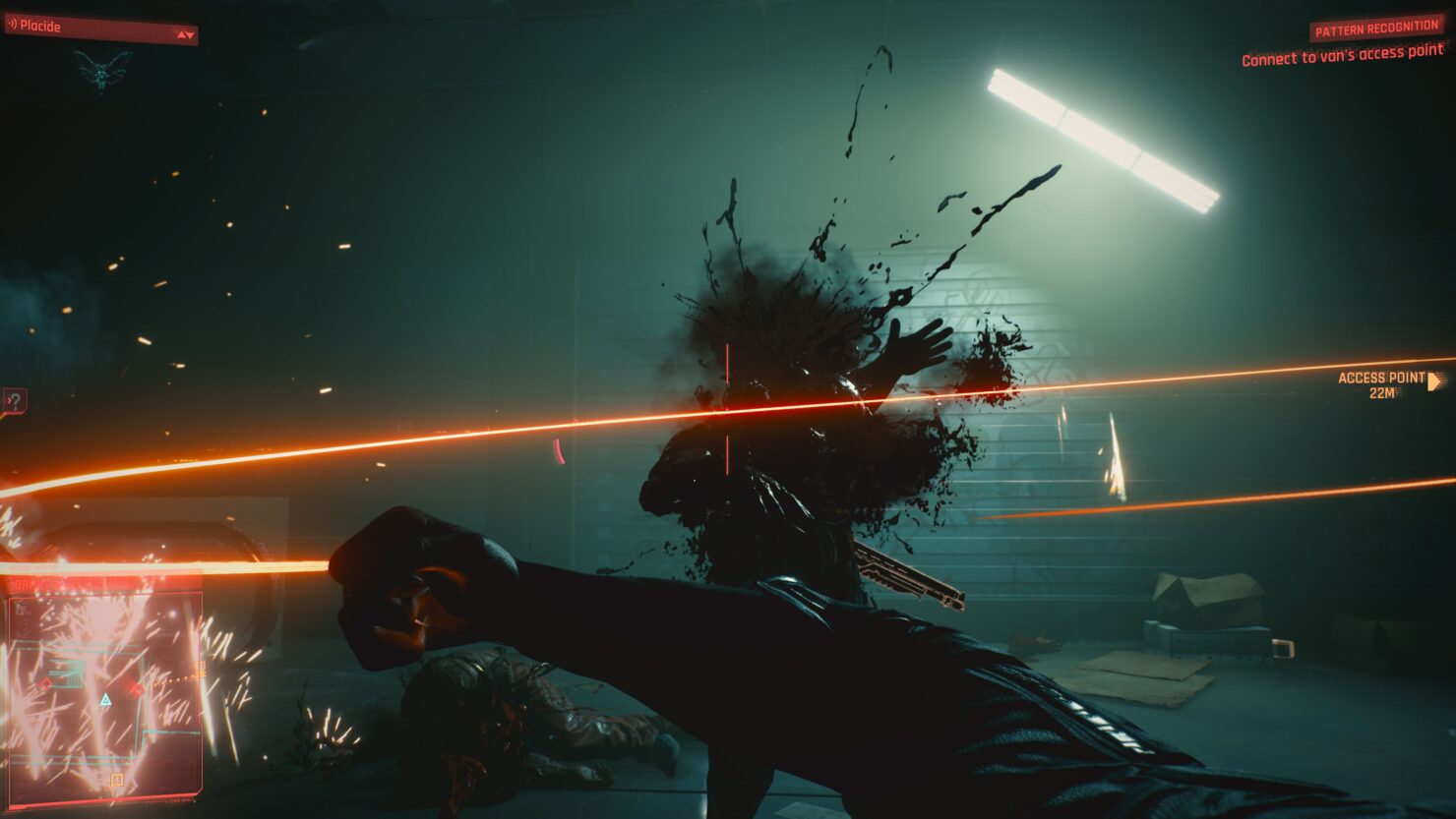 All of the Cyberpunk 2077 cutscenes will reportedly be in first-person view, including the rather naughty scenes.

Unlike CD Projekt Red’s The Witcher series, Cyberpunk 2077 will be in first-person perspective and this also seems to apply to the game’s cutscenes. At least that’s what the game’s official Twitter account confirmed after fans starting asking questions following a recent interview with website NightLifeCity. The German Cyberpunk 2077 fansite conducted an interview with senior-level designer Miles Tost and this interview made its way on the official CD Projekt Red forums.

“Another difference between Witcher and Cyberpunk is that due to The Witcher 3 being TPP game, whenever you were going inside some house, Geralt would always enter first, then camera behind him, which meant that they would have to always leave an extra bit of free space close to the entrance, because otherwise Geralt would always walk on the table”, a part from the interview reads (translated by Google Translate). “Since in CP character enters through the door at the same time as the camera, they don't have to worry about that anymore. Also because of V's greater moving speed (both on his feet, as well as in the car) then Geralt's, they also needed to approach city design differently.”

While early footage of Cyberpunk 2077 has shown cutscenes in third-person perspective, all of the game’s cutscenes are now said to be in first-person mode, including the rather naughty scenes. 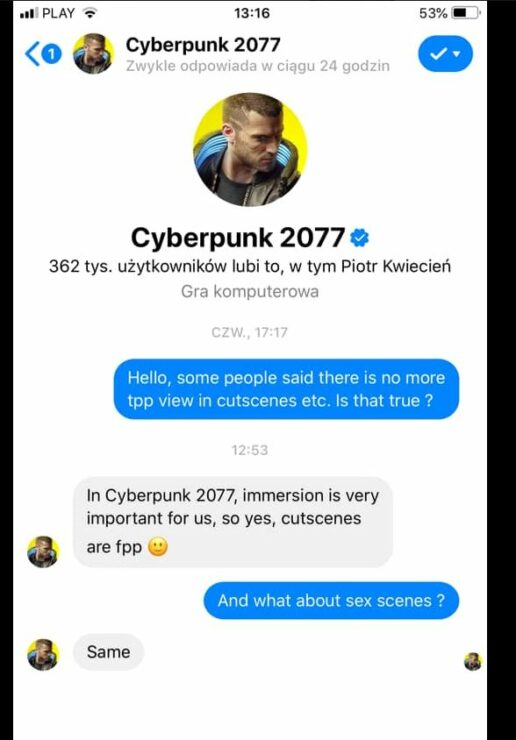 "In Cyberpunk 2077, immersion is very important to us," the game’s official Twitter account replied when asked about the cutscenes. "So yes, cutscenes are fpp". This also applies to the game’s ‘intimate’ scenes.

What do you think of this apparent change in cutscene perspective? Do you prefer first-person mode? Hit the comments below.